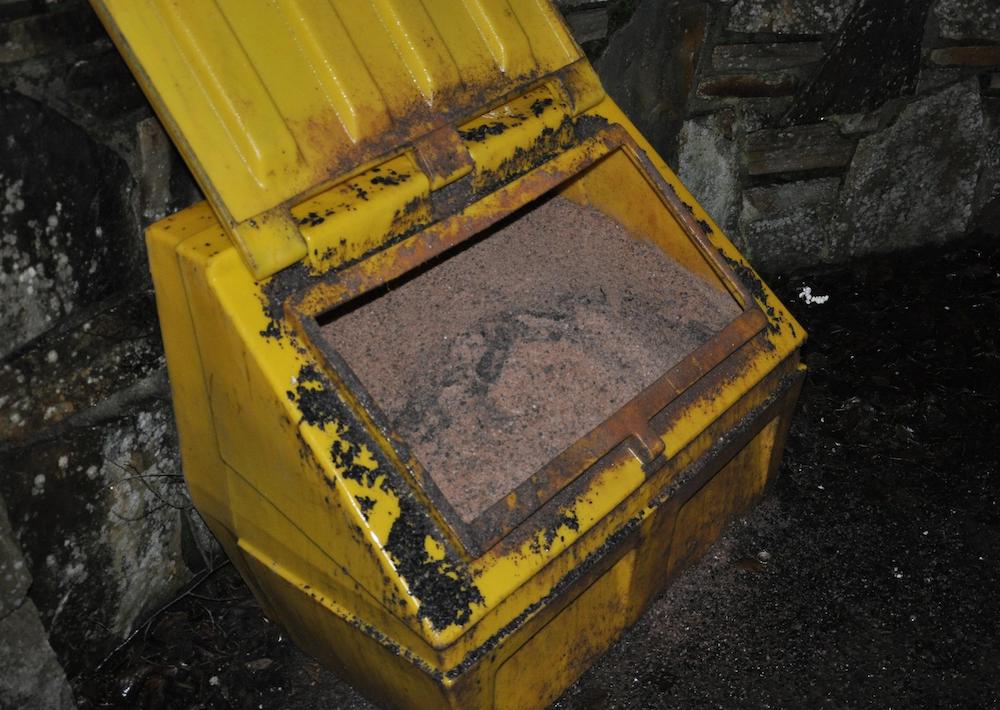 Members of Derry City and Strabane District Council’s Environment & Regeneration Committee have unanimously agreed to write to the Department for Infrastructure Minister and the Regional Manager which regards to the lack of provision of grit boxes across community areas during the winter months.

“I have had a number of requests from community groups about access to salt,” said DUP Alderman David Ramsey, who proposed the move. “Unfortunately one in the Waterside just isn’t adequate.

“The community are looking to help with salting paths for their elderly and the most vulnerable and neighbours in their area and I know this is happening throughout the city.

“It’s great to see the initiative that is happening within the communities of our area at this time but it needs supported. We have been told there are no resources, but instead of impeding community initiatives we need to be encouraging them.”

Sinn Féin Councillor Ruairi McHugh agreed adding; “We as a Council need to take on more responsibility when it comes to salting, especially estates who don’t meet the criteria for grit boxes because it is in our interest. Our bin lorries are going into these estates and last week it was like a bottle for them.

“I would like to see Council exploring what initiatives we could come up with. We need to be doing more.”

It was agreed that Officers would write to the DFI Minister and Regional Manager to see if more can be done to provide more grit boxes and salt.