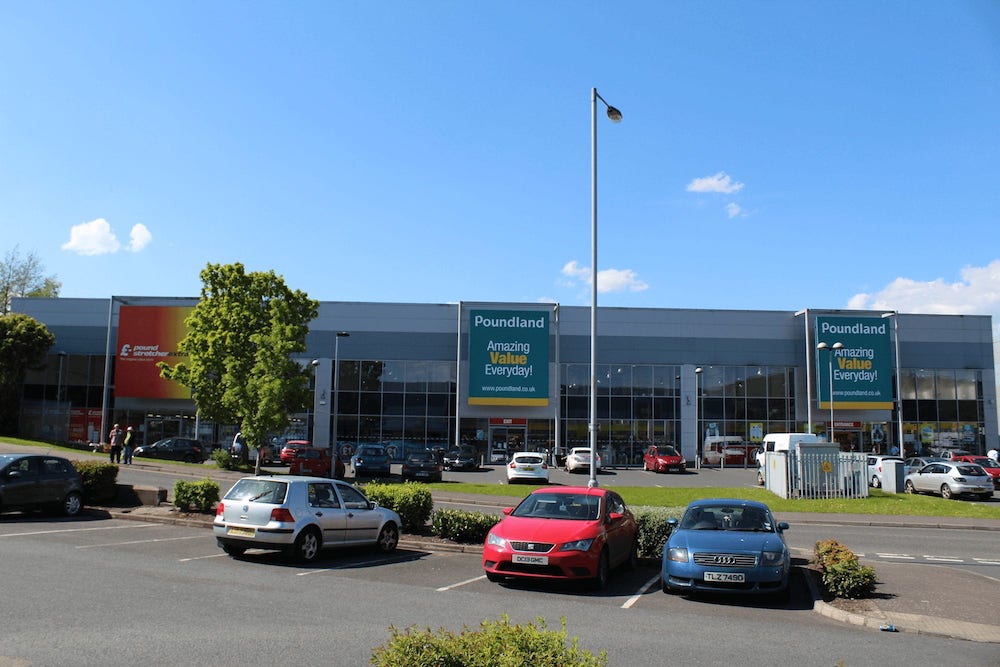 Billionaire businessman Mike Ashley is behind plans to open a massive discount retail store in the heart of County Tyrone, Tyrone I can exclusively reveal.

Based out of the Lesley Retail Park in Strabane, the huge enterprise will take over premises occupied by two budget stores – Poundstretcher and Poundland.

And it will also incorporate not one but two garden centres.

It is a move which would be expected to create well in excess of 100 jobs when up and running.

The British tycoon’s Frasers Group is named on architects’ drawings which form part of a detailed application package which has now been submitted to Derry and Strabane District Council.

The application has been lodged in the name of SDI Strabane Ltd, a company with a registered address in Derbyshire, which is shared with the headquarters of Mr Ashley’s Sports Direct chain.

The huge new store – at the retail park on Branch Road, less than half a mile from the town centre – would involve the removal of the internal wall separating Poundstretcher and Poundland.

And it would leave the premises stretching to in excess of 22,000 sq ft.

It is located next to the Frasers Group’s own Sports Direct offering in the Co Tyrone town, with Costa Coffee the only other unit trading in the form of a ‘pod’.

The proposed tenant for the amalgamated outlets is not named in the submission at this time. It is not therefore confirmed whether it is intended for a new business or approval is being sought with another company in mind.

But what is known is that it will be a “discount retailer similar to Poundstretcher and Poundland” and will occupy units A, B and C at the retail park, with Sports Direct currently trading from Units D and E ‘next door’.

The garden centres will be attached to the new superstore – one to the rear in a storage area and the other within the existing car park, with additional replacement car parking incorporated within the proposals.

Similarly sized, the garden centres would collectively account for in excess of 4,300 sq feet.

A transport assessment form quotes previous court rulings where it was adjudged that a discounted food retailer was not limited and a supermarket “comes in many forms”.

It adds: “A discounted food retailer, as cited, could be applied to a variety of discount type stores selling food including Poundstretcher, Poundland, Home Bargains, Lidl or other such retailer.

“It is not limited to traditional supermarkets such as Tesco, Asda or Morrisons.

“As the current occupants of Unit 1 are Poundstretcher and 2 & 3 are Poundland, the new occupant of the three units will sell similar fare to the existing units, a like for like replacement and a mix of food and non-food retail will continue to be sold within the same space.”

Bar minor adjustments to shutters and fencing and the removal of the dividing wall, it says the overall building itself will remain “effectively unchanged”.

The transport and assessment form predicts a”high proportion of pass-by and shared trips” as a result of the development, with 147 parking spaces available on site and more within walking distance.

The proposals are due to be publicly advertised this week, with planners expected to bring a recommendation back to Derry and Strabane Council before the summer of 2021.