“This was a survey, not surveillance” 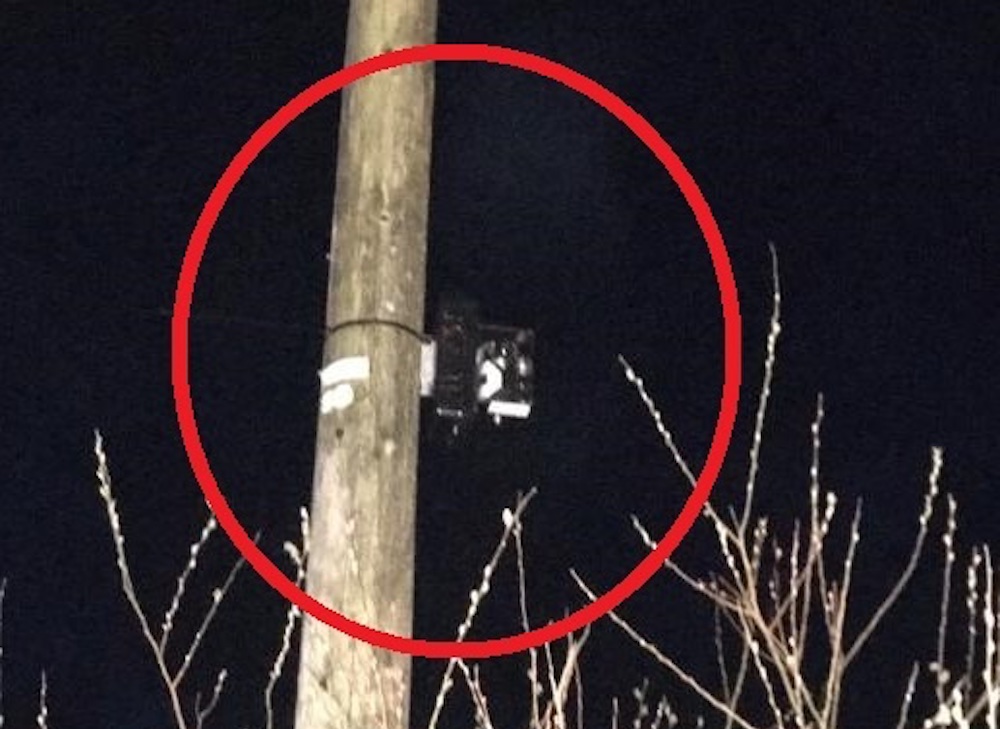 Northern Ireland Electricity Networks has issued an apology for undue alarm caused by the appearance of a number of surveillance cameras in Mid-Tyrone and moved to reassure this formed part of a: “Traffic survey and not surveillance”.

In response to a series of BBC Local Democracy enquiries, NIE Networks advised it does not conduct this type of work and a Scottish-based consultant was engaged to install the cameras and complete the survey.

Members of the public spotted the devices at Cashel Bridge, Crockanboy Road, Aughnamirigan Road and Greencastle Road. Some were fixed to telegraph poles and other similar structures , apparently without permission.

Independent Councillor Emmet McAleer contacted a number of agencies, to ascertain who was responsible, including Fermanagh And Omagh District Council planning section, BT and PSNI – none of whom had any knowledge of the devices.

However, The Crown Estate advised the cameras were erected as part of a traffic survey in connection with a 40km powerline planning application by NIE Networks.

BBC Local Democracy enquiries began with police who very promptly confirmed the cameras: “Do not belong to, nor were erected by, the PSNI. Police established this was a private initiative carried out by a contractor in relation to a planning application/traffic survey. The contractor has since removed the cameras. The Department for Infrastructure is aware.”

A Departmental spokesperson advised being made aware of the devices on 14 May in correspondence from a local councillor adding: “The Department is not investigating as the placement of such devices, should they require planning permission, is a matter for the local council to determine.”

Initially when contacted NIE Networks said: “Cameras were used for a short period to record traffic volumes on the public road network in relation to a planning application associated with a proposed electricity connection.  This is a common form of data collection and all footage is immediately destroyed once the traffic counts are complete.”

Members of the public however remained concerned around the policy in place for the surveillance, authorisation, privacy and potential human rights breaches.

When these points were put to NIE Networks a follow-up statement was issued apologising: “For any undue alarm caused as a result of this traffic survey.”

The spokesperon said: “We would reassure members of the public that the use of cameras,such as these to conduct traffic surveys, is standard practice. In this instance, cameras were installed by a specialist traffic consultant for the express purpose of counting vehicles and classifying vehicle types on the public road network over a 12-hour period.

“This traffic survey forms an important element of an Environmental Impact Assessment , pertaining to a proposed electricity connection associated with a planning application, as required by the Department of Infrastructure.”

Further issues were raised with NIE Networks regarding traffic surveying gathering information such a registration plates and adherence to the Regulation and Investigative Powers Act (RIPA).

NIE Networks advised while a traffic survey of this nature captures vehicle classification and volume, registrations are not recorded.

RIPA, it is contended does not apply as this was: “A traffic survey only, not surveillance.”

In respect installation of the devices under cover of darkness, apparently without the knowledge of statutory agencies, it emerged the specialist traffic consultant was delayed when travelling from Scotland on Wednesday 12 May 2021. This in turn had a knock-on effect on installation ater that day.

He thereafter: “Worked into the night to ensure installation was complete, in time for the commencement of planned traffic counts at 07:00 the following morning.”

NIE Networks stressed the consultancy firm has significant expertise installing over 600 cameras of this nature across the UK and Ireland each week, with details clearly displayed on each camera should anyone wish to make direct enquiries.

The purpose of the survey was to inform an Environmental Impact Assessment for power lines relating to a planning application for a proposed electricity connection, with traffic data collection assisting around construction works and road closures.

Commenting on the responses, Councillor McAleer remarked: “Members of the public remain very concerned extremely sceptical at this course of events. Had statutory agencies been aware it would have greatly assuaged suspicions, but instead it was a revolving door going from agency to agency.”

While taking on board the NIE Networks response, Councillor McAleer questioned how a traffic survey:  “Could conveniently not capture registration plates. Also who is responsible for ensuring recorded data is appropriate disposed of? Overall, why were the devivces permitted to be fixed as they were and only NIE Networks seeming the only people to know?”

He concluded by stating: “I will be making further enquiries into this important matter, which has not been handled well at all.”