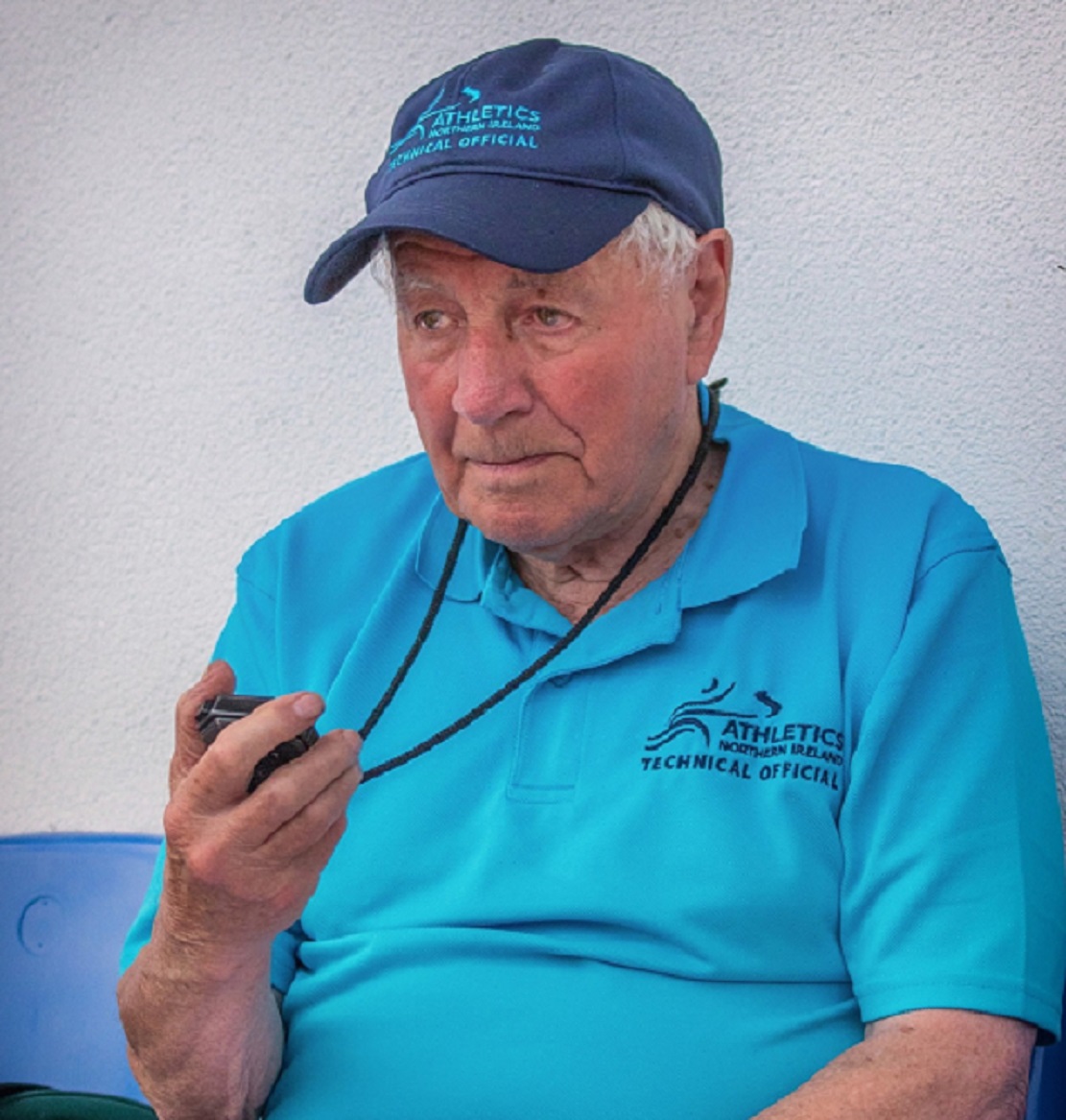 Tributes have been paid to a highly regarded former Cookstown High Vice Principal and Athletics NI official,  Robert Stevenson MBE, after he tragically passed away in a house fire on Wednesday November 30.

Robert, (94) affectionately known by many as ‘Stevie’, had been living in the Pines area of Cookstown when the fire occurred.

In a tribute to Robert, Athletics NI said: “It might seem strange to say ‘untimely’ for someone who four days earlier had celebrated his 94th birthday but at the time of his passing he was still full of life.

“The day before his birthday he attended the AGM of the Ulster Schools AA (of which he was a founder member) and had attended Scouts, an organisation close to his heart.

“Born in Glasgow, he was however educated at Maidstone Grammar School in Kent where he competed against and beat fellow pupil Frank Sando who would go on to represent GB at two Olympics.

“In 1948 the family moved to Northern Ireland where Roy graduated from Queens University and began a teaching career in Cookstown High School rising to the position of Vice-Principal.

“However, it was involvement in extra-curricular activities for which he was best known especially in the field of hockey, athletics and scouts.

Despite all these achievements Stevie will primarily be remembered as one of natures gentlemen”.

His impression on the sporting community has been well evidenced in the last 24 hours through the outpouring of sympathy online. One person said: “I was devastated to hear of Stevie’s sudden passing yesterday morning.

“The stopwatch was always around his neck, no matter where he was going or what he was doing.

“Stevie was just part of the furniture at many sporting, scouting, school and many, many, many other events.

“People like Stevie are not really appreciated until they are gone. I think we all thought he was going to live forever.

Cremation will take place in Roselawn Crematorium on Friday December 9, at 3.20pm.

A thanksgiving service will then be held in First Presbyterian Church Cookstown on Sunday January 8, 2023 at 2.30pm.