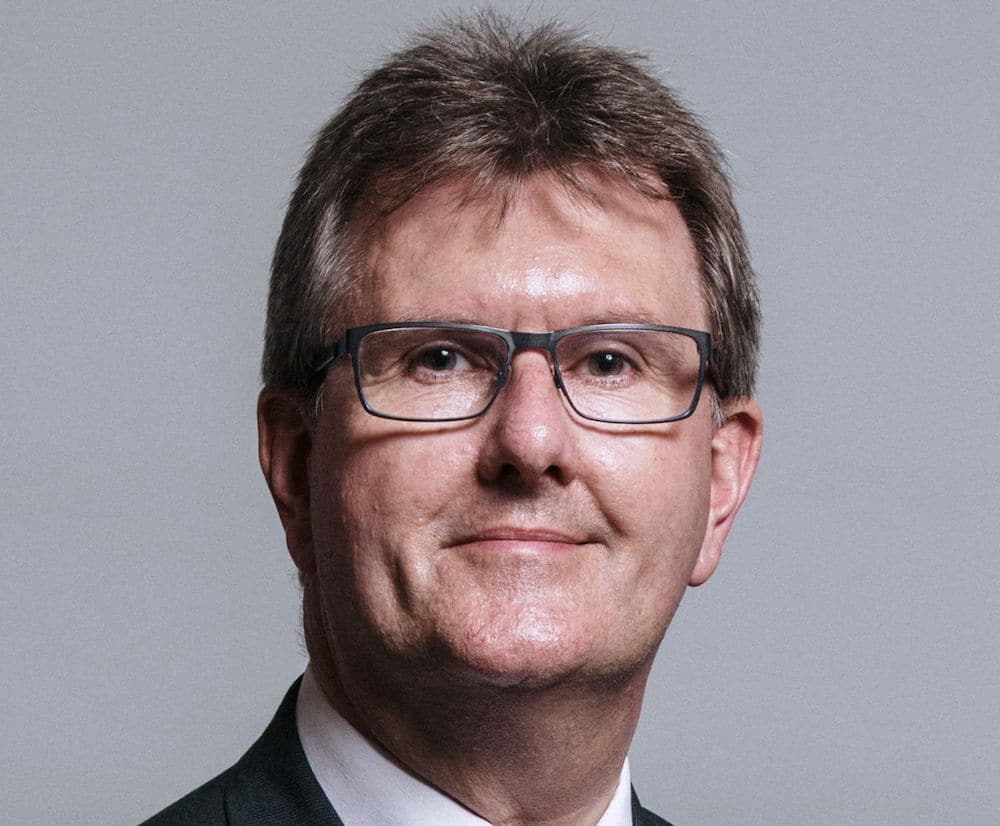 Sir Jeffrey Donaldson is the new leader of the DUP.

The confirmation came in a statement from party chairman Lord Maurice Morrow.

Nominations losed today at noon and Sir Jeffrey was confirmed as the “one valid” nomination received.

He will replace Edwin Poots, who was in the post for three weeks.

Said Lord Morrow: “Following the completion of our party processes Sir Jeffrey Donaldson MP will be the next leader of the Democratic Unionist Party.

“The last number of weeks has been difficult for the Party and mistakes have been made. Now is the time to move forward in a spirit of humility and mindful that our focus must be on serving the people whom we represent.

“I look forward to the challenges of rebuilding and reconnecting in the time ahead.”

Meanwhile, Sir Jeffrey said the task ahead is great.

He added: “I do not underestimate the challenge, but I know the overwhelming majority of people who live here want Northern Ireland to keep moving forward.

“I have the vision to lead unionism into its second century, by embracing those who believe in a Northern Ireland where people of all identities and none can live, work and raise their family.

“I have the vision to unite Northern Ireland and heal the divisions of the past. We don’t move forward by ignoring our past but by remembering and learning.

“I have the vision to lead a Democratic Unionist team who will inspire and command the confidence of those we are privileged to represent.

“The Northern Ireland Assembly is the place where every element of our society is represented. The coalition government is unwieldy, but it ensures every voice is heard.

“Such partnership is how we should move forward. It must be based on respect for each other’s mandate.

“To that end, I will be speaking with the Prime Minister at the earliest opportunity to emphasise that it is not realistic to expect stability when every unionist representative in the devolved institutions opposes the Northern Ireland Protocol.

“The Government and those who claim to be protectors of peace and stability, must step up and deal with the Protocol in a manner which respects the constitutional and economic integrity of the United Kingdom.

“I want to bring stability and encourage everyone to focus on what unites us as a people rather than on what divides us. There has been too much focus on division and recrimination both within unionism and within Northern Ireland.

“I will play my part but the Government and Brussels must step up and recognise the flaws of the Protocol and how it was foisted upon Northern Ireland.”