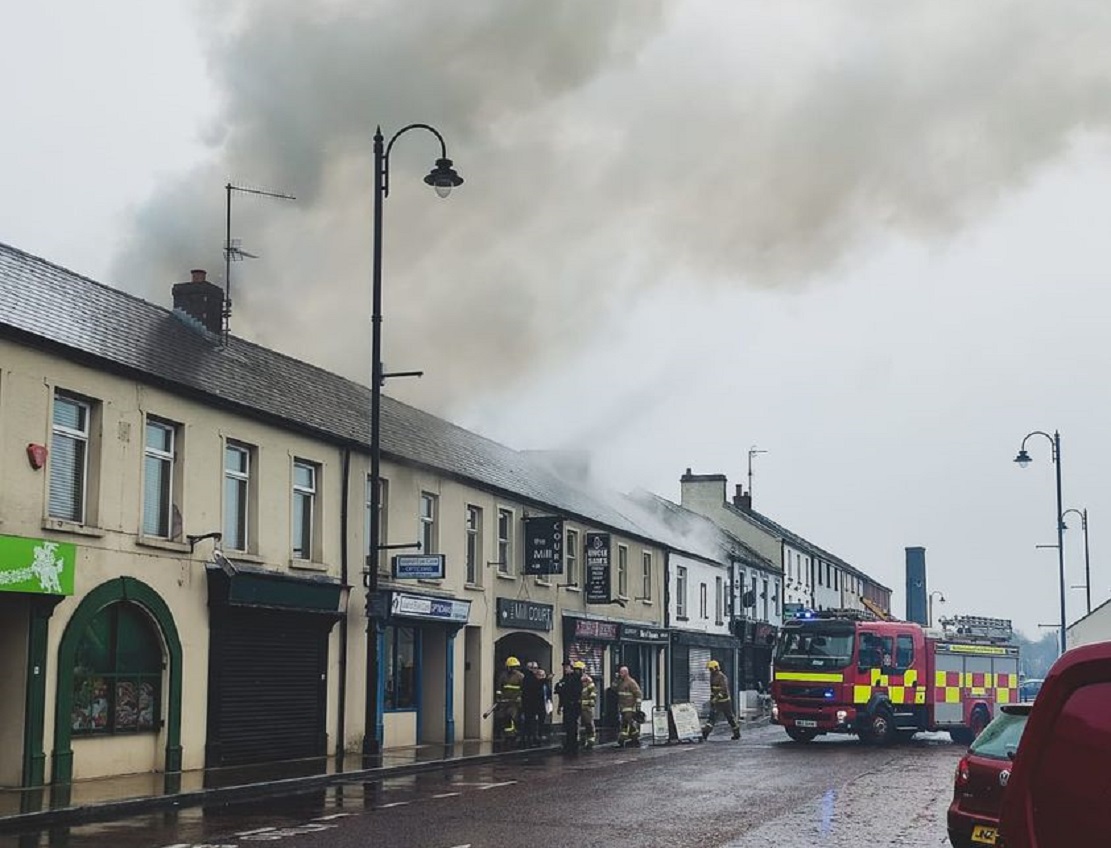 PSNI have thanked the public for there help investigating a fire which broke out in Coalisland on Tuesday afternoon.

Neighbourhood officers came upon the fire which broke out at a two storey building in Main Street where the Northern Ireland Fire and Rescue Service attended to bring the blaze under control.

A PSNI spokesperson said: “Shortly after 2.25pm, police on patrol in the Coalisland area noted a fire had started at an unused premises in the area.

“Northern Ireland Fire and Rescue Service attended and extinguished the fire. An elderly man was treated for smoke inhalation following the incident after police evacuation of an adjoining flat”.

A number of commercial premises in the area were also evacuated as fire fighters extinguished the blaze.

Police later confirmed that they have spoken with three young people about the incident who are helping with the investigation.

Thanks to the fast actions of the officers, members of the public and NIFRS the fire was controlled to a few commercial premises.

PSNI said “We would like to thank everyone who has helped us these last few days. It has been a massive help and allowed us to progress this so quickly”.