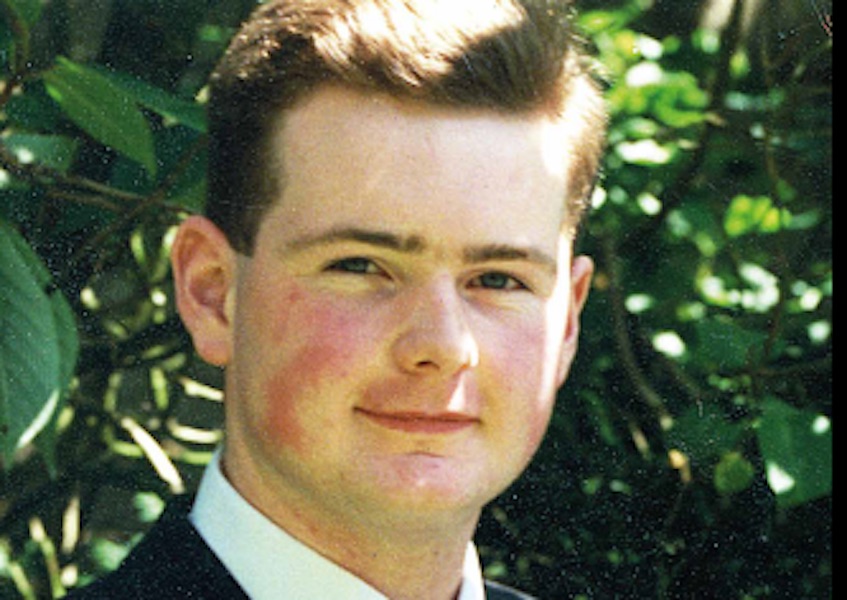 Two men have been arrested on suspicion of involvement in the murder of a Co Tyrone police officer in 1993.

Constable Michael Ferguson, who was 21 and from Omagh, was shot dead by the Provisional IRA while on duty at Shipquay Street in Derry/Londonderry.

This afternoon (Wednesday), police confirmed two men had been detained.

They are among five arrested by the PSNI in Derry/Londonderry today under the Terrorism Act.

Detective Superintendent Richard Campbell, Head of the Terrorism Investigation Unit, said: “Three men, aged 23, 52 and 62 years, have been arrested in connection with the attempted murder of a female member of police staff, who is also a part time police officer, following the discovery of a viable explosive device beside the young mother’s car in Ballyquin Road, Dungiven on Monday 19th April.

“The 52 year old man is also being questioned as part of Op Ledging, targeting the New IRA’s bomb making activities as well as the group’s storage of explosive devices and equipment.”

Two men, aged 48 and 59, were arrested by detectives from Legacy Investigation Branch under the Terrorism Act on suspicion of involvement in the murder of Constable Michael Ferguson, on Saturday, January 23, 1993.

DS Campbell added: “The 62-year-old man will also be questioned by Legacy Investigation Branch Detectives as part of the ongoing investigation into Michael’s murder.

“The 59 and 62-year-old men will also be questioned by detectives from Kenova in connection with other historical matters.

“All five men have been taken to the Serious Crime Suite at Musgrave Police Station.”