Shock and anger by A5 project delay announcement 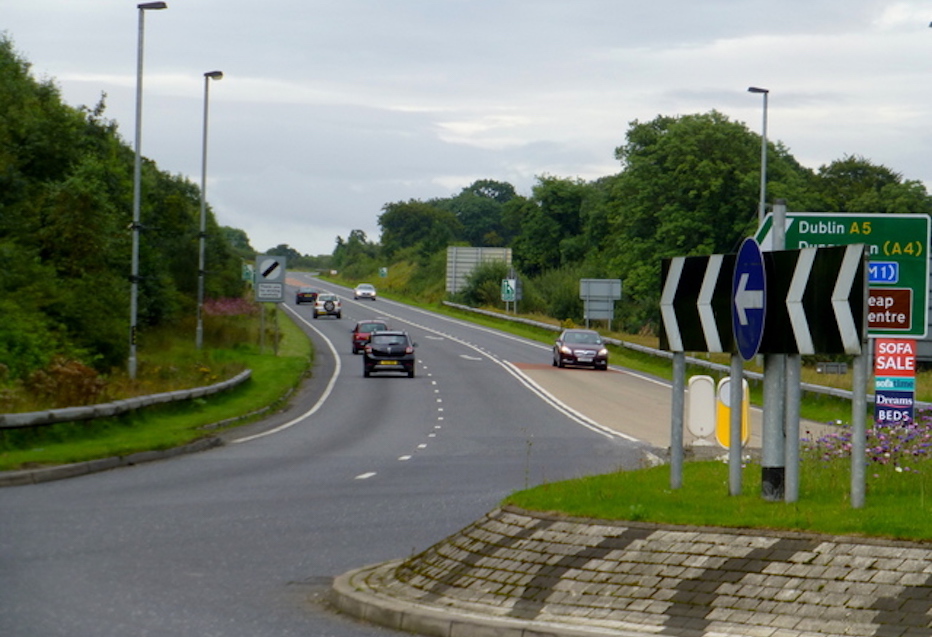 The announcement of a delay to the A5 project was met with shock and anger during a reconvened meeting of Fermanagh and Omagh District Council’s Regeneration and Community Committee.

Raising the issues as a matter of urgency, Sinn Fein’s Councillor Barry McElduff said: “New assessments are to be carried out, including ‘flood risk’ and ‘environmental impact’.

“People can’t understand why that hasn’t been taken care of already.

“Ominously, there was [an] announcement of possible alternatives involving town by-passes and upgrades of existing roads, which need proper assessment. That won’t be until Autumn, followed by a reconvened public enquiry.”

He proposed writing to the Taoiseach and the Tánaiste, as well as to the First Minister, the Deputy First Minister and the Minister for Infrastructure, demanding “no dilution to the commitment of the A5 Road Project”.

Seconding, Councillor Josephine Deehan, Independent, declared herself “amazed and aghast in equal measure” by the announcement.

She said: “This major piece of infrastructure is long overdue and so important to this region.

“The A5 currently is an extremely dangerous piece of road. Lives are at risk. These delays could have been avoided.

“It’s beyond contemplation we will have to wait another year or more before this project is initiated. It’s totally unacceptable.”

Ulster Unionist Councillor Chris Smyth felt the announcement had been bounced on members, and while the proposal was a “sensible first step”, more explanation is required.

Councillor Stephen Donnelly, Alliance said: “I am deeply disappointed, and while I respect legal processes have to be undertaken, people are quite rightly asking if this could have been avoided.

“It seems we are nowhere near completion … This is an isolated county that needs greater connectivity.

“It’s a deprived region, West of the Bann, and needs regeneration.

“This is a dangerous road that needs to be made safe.”

Highlighting risks, SDLP Councillor Mary Garrity said: “Unfortunately, lives have been lost, and many of them. This project was agreed in 2007, then 10 years later, the Executive collapsed. It’s a failure of Stormont.

“There are agendas in play to delay this, and we all know what’s going on behind the scenes. It’s unacceptable. One life lost can never replaced.

“We’ve had too many fatalities on that road. That’s what is put at risk while agendas go on behind [this delay].”

Councillor Emmet McAleer, Independent, said the announcement was “damning” and proposed contacting the Minister for Infrastructure to establish “how much public money has been spent in seemingly incompetent consultants who have completely failed to do their job to get this project where it should be”

He continued: “These people were brought in to do a job, and have completely failed … The West has been left to rot for too long.”

Seconding, Councillor Donal O’Cofaigh, Independent said: “This is a major flagship investment and, like many others, it has gone nowhere.

“These issues should have been foreseen. Millions have been expended and wasted on private sector consultants who failed to anticipate such concerns.

“It’s a shocking indictment of decades of ineptitude in Stormont.”

Sinn Fein’s Councillor Sheamus Greene questioned the “scheme alternatives”, and if this meant the project was being entirely re-done.

He said: “This is really worrying. The North West is in dire straits; 15 years later, this is where we are at.”

“Hopefully we’ll get some answers, because this does not need to be let lie.”

Councillor Allan Rainey, Ulster Unionist told members he lives on the existing A5, and: “I can speak with authority when I say this is unbelievable.

“[Any] mention of looking at alternatives is a real backwards step. I am particularly behind this for health and safety.”