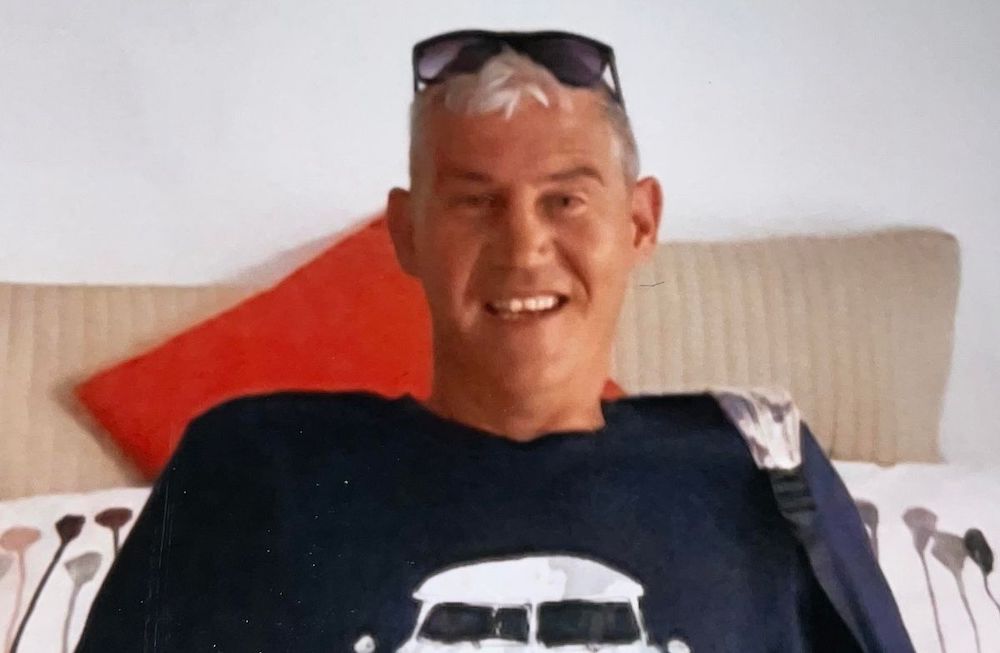 A twenty-year-old man has been remanded in custody charged with unlawfully killing Paul Brown and attempting to murder of his son.

During a sometimes fraught hearing at Dungannon Magistrates’ Court, it was disclosed the cause of death was a heart attack with physical and emotional stress, which a defence solicitor argued could amount to natural causes.

Deon Fullen from Slievecoole Park, Omagh is also charged with possessing a large, bladed weapon with intent to commit murder.

Offending is alleged to have occurred overnight between October 15-16.

A detective from the PSNI Major Investigation Team said all charges could be connected.

Fullen, who wept during the hearing, spoke only to confirm he understood the charges.

The detective explained police responded to reports of a man armed with a machete and Mr Brown (53) was tending to his son who had sustained multiple serious injuries.

At some point Mr Brown “became unresponsive” and was taken to South West Acute Hospital where he passed away a short time later.

His son was taken to Altnagelvin Hospital then transferred to the Ulster Hospital where he underwent specialist surgery.

The detective said enquiries revealed Mr Brown had been celebrating his birthday in an Omagh bar with his son.

An altercation broke out between Fullen and Mr Brown’s son in the bar which was broken up.

It is believed they went to the area of Fullen’s home from which he allegedly emerged brandishing a machete and a hatchet.

An incident occurred after which Fullen made off and extensive searches were unsuccessful, however he returned around five hours later and was arrested.

During interview he stated he acted in self-defence in the bar altercation, claiming this was started by the victim’s son.

He provided “no comment” to all other questions including whether he had a weapon.

However, after four days of interview Fullen contended Mr Brown, “threatened to shoot him”.

The court heard the injured son was unable to provide a statement until October 20 due to extensive surgery and he remains in hospital.

He identified Fullen, whom he knew from attending the same school, running at him and his father brandishing a weapon above his head.

The son’s fingers and wrist were “chopped” by the weapon, along with multiple other significant injuries.

Under cross-examination, a defence solicitor enquired if the post mortem found the victim’s death was from natural causes to which the detective replied: “No – the report states heart attack, as well as emotional and physical stress”.

The defence advised he had engaged his own expert who discussed the findings with the examining pathologist and it was contended Mr Brown, “could have suffered a heart attack if he had been standing at a bus stop. I’m just wondering how we get from a post mortem report which shows no marks on the body to a charge of manslaughter.”

Opposing bail, the detective said: “This is a most horrific set of circumstances for all including the defendant. Police have real concerns which are not fanciful. Some witnesses who provided statements voiced fear of the defendant. He fled the scene and in the time of absence changed his clothes. He also switched his phone to flight mode, we say to avoid being located indicating some forensic awareness. He has refused to provide his phone PIN and the weapon also has not been recovered.”

While accepting Fullen has no previous record, she concluded: “This appears to be an unmerited attack in which one man lost his life and another is extremely badly injured. This escalation of violence seems to have manifested out of some very little and risks could not be effectively managed on bail.”

Refusing bail, District Judge Michael Ranaghan acknowledged there may be issues over the charges but: “As matters stand this is very serious. I find there is a risk of witness interference and obstructing justice. The defendant, for whatever reason, has declined to give police his phone PIN.”

Fullen will appear again by video-link at Omagh Magistrates’ Court next month.