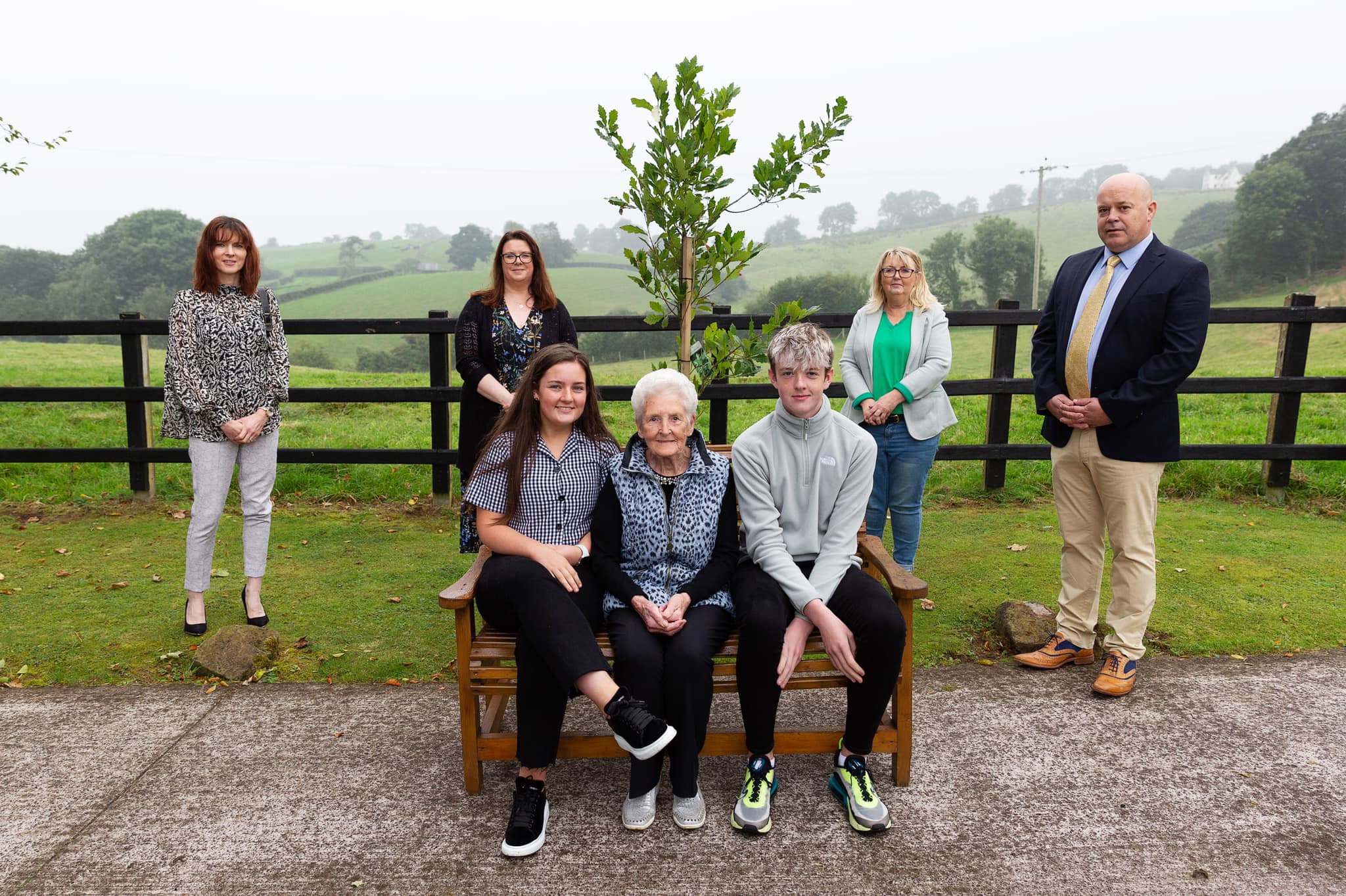 A walk organised in memory of a Co Tyrone mum who died of Covid-19 has raised £54,000 for services at the health trust where she worked.

Nuala McLaughlin, a family and childcare social worker with the Western Health and Social Care Trust, passed away on December 22 last year, aged 43.

Members of her family, including her brother, Fr Peter McAnenly of St Patrick’s Cathedral Parish in Armagh, organised the 5k walk.

Previously, Fr McAnenly had described his younger sister as “caring and warm-hearted” and said Irish dancing was her great passion.

The walk took place in early July close to her home in Glencull, Ballygawley, and was attended by dozens of people. On Sunday, members of Nuala’s family presented the proceeds to her colleagues from the trust, with the money divided equally between the intensive care unit (ICU) and child services, “a cause close to Nuala’s heart”.

The family has thanked everyone who took part in the walk, made a donation, sponsored it or helped  in any way.

In a statement, they also thanked “all who walked in memory of Nuala in many other places throughout the country and beyond on the day”.

Nuala’s daughter Orla, son Eoin and her mother Claire presented a cheque for £27,000 to Professor Ronan O’Hare and Staff Nurse Anthea Monaghan from ICU in Enniskillen.

The second cheque was handed over to Natasha Duddy, head of service – looked after children, and Ann Marie McCrory, principal social worker with the trust.