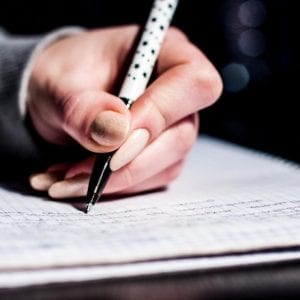 There were nine further Covid-related deaths reported by the Department of Health today (Sunday).

Today’s stats – according to the official dashboard – take in the last 24 hours with seven of the nine passing away inside that period.

The overall total number of deaths recorded by the Department now stands at 1,931.

There were a further 334 positive cases reported in the last 24 hours, 49 in Mid-Ulster, with 71 in  Armagh, Banbridge and Craigavon – the highest in NI. There was a further 42 in Newry, Mourne and Down.

A total of 1,729 individuals were tested.

There are currently 42 ICU beds available in Northern Ireland.

A total of 173 – an increase of 10 – Covid patients are currently in hospitals in the Southern Trust area with 121 in Craigavon; 28 in Daisy Hill; 34 in Lurgan and none in South Tyrone.

It comes as Newry and Armagh Justin McNulty MLA gave a warm welcome to the funding package announced by Economy Minister Diane Dodds and Finance Minister Conor Murphy but called for more to be done to ensure all students benefit.

He said: “For nearly 12 months now students have been pleading for support from our Executive and they have been badly let down as the forgotten cohort of society.  Just two weeks ago, the SDLP Assembly team launched an online petition calling on the Executive to bring forward a support package for students and with just short of 10,000 signatures and this week Ministers Dodds and Murphy realised it was time to act.

“The proposed £500 per student is welcome and it is what the SDLP proposed.  However, where it falls short at present is that it only applies to students studying here.  We all know many students from the north are studying in Scotland, England, Wales and the Republic of Ireland or beyond. They too must be eligible.

“Many of these students have spent the most of this and the last academic year learning from home therefore they should all be treated fairly.  The proposals by Diane Dodds and Conor Murphy effectively disadvantages students from here who opt to study in Dublin, Liverpool, Edinburgh or indeed any other college beyond the north.

“The SDLP are committed to ensuring all students are treated fairly. We will not let either Diane Dodds or Conor Murphy off the hook on this. They cannot be little northerners in this regard.  It’s imperative that all students have access to this support. We will keep pushing until this happens and we will keep fighting for fairness for students and young people.”