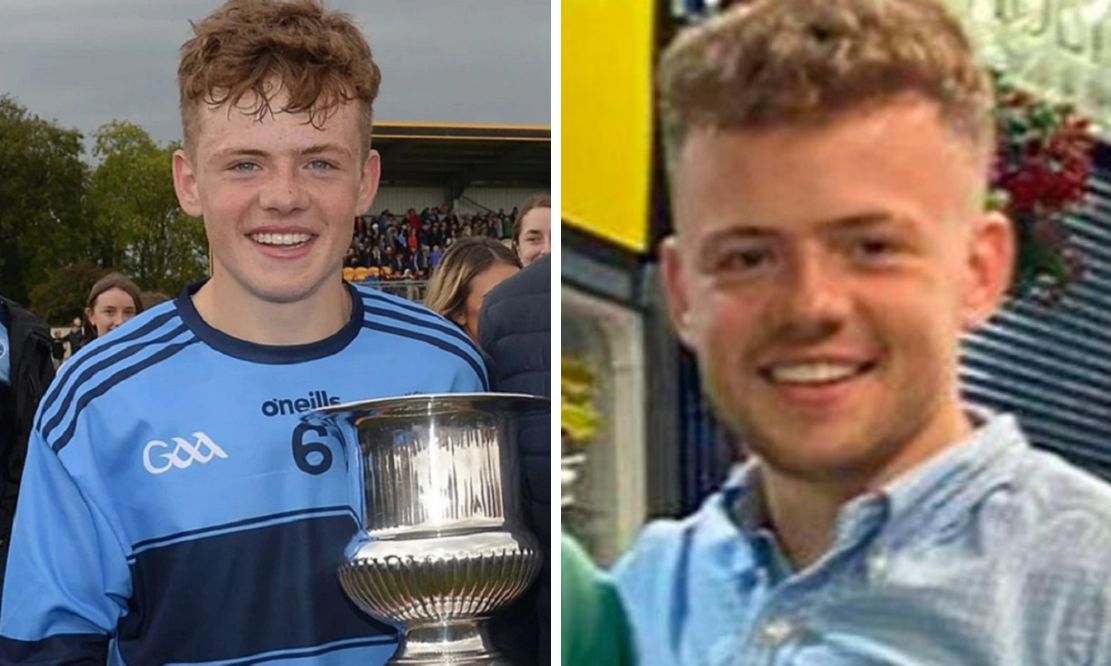 Killyclogher GAC have led online tributes following the passing of a young Tyrone GAA player who died following a crash involving a tractor and a car on Thursday.

John Rafferty (21) from the Omagh area passed away following an accident on the Curr Road in Beragh involving Mr Rafferty’s grey Seat Leon and a tractor, at approximately 7:55pm on Thursday.

In a club statement posted online, Killyclogher GAC said: “Our club is devastated to announce the tragic passing of our senior player, John Rafferty. Our most sincere and heartfelt thoughts and prayers are with John’s family Felix, Roisin, Clare and Michael, his wider family, his wide circle of friends and his past and current teammates”.

“John started playing for our club as a young age where his talent, effort and attitude made him stand out as an exceptional player. Indeed, he captained his Primary School, St. Mary’s, in the Donnelly Cup”.

“He developed as a special footballer over the next few years and John went on to captain our Minor team which annexed the County Championship in 2019”.

“John’s talents subsequently led him to make his Killyclogher Senior Football team debut the next year, and was recognised at County level when he was brought into the 2020 Tyrone U20 panel. He also represented the Tyrone U20s in 2021”.

Mr Rafferty played in the Tyrone Senior League Final two weeks ago where he “performed with his usual exceptionally high levels of skill, determination and effort”.

Other tributes included one from St Enda’s GAA Club in Omagh described the young man as “A shining light for his beloved Killyclogher St Mary’s, a fierce adversary on the field and a fun loving gentleman off it” whilst another read “an all round sportsman and most importantly a great lad who will be sadly missed by everyone who knew him”.

Further tributes read “RIP John. I had the privilege of coaching John in his early years and what a footballer with a positive attitude massive loss to his family, friends  Killyclogher and Tyrone GAA. Condolences to Felix, Roisin Clare and Michael”

“An awful tragedy, sad beyond any words. Sincere sympathy to Johns family and friends at this difficult time. God bless them all”

A Requiem Mass will take place on Monday October 31, at 10am in St. Mary’s Church Killyclogher with interment afterwards in adjoining cemetery.

“My thoughts are with the family and friends of the man who lost his life on the Curr Road on Thursday evening. Losing a loved one in such tragic circumstances is an incredibly difficult experience and I’d like to express my sympathy as they come to terms with what’s happened”.

A PSNI spokesperson said enquiries into the cause of the collision are ongoing.

They added: “I would ask anyone who was in the area at the time and saw anything, or who may have dashcam footage which could help with our enquiries, to contact the Collision Investigation Unit on 101, quoting reference 1731 of 27/10/22.”