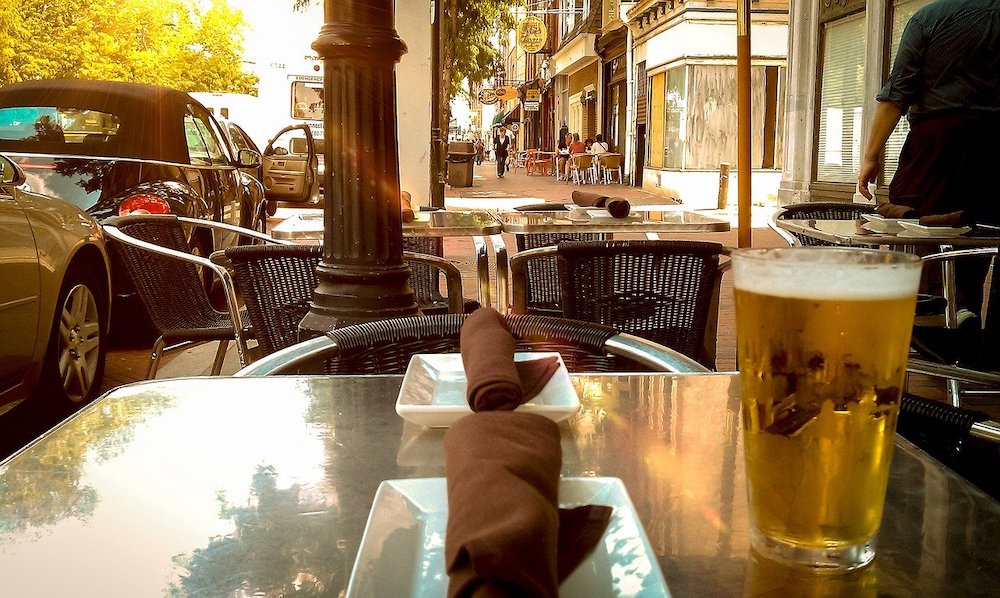 The Executive has moved to clarify the position in relation to the regulations in advance of the re-opening of outdoor hospitality tomorrow (Friday).

It did so after several high-profile social media protests were made by the owner of premises who had prepared to open only to be told they could not.

Among those to hit out was the Sunflower Bar in Belfast.

Less than two weeks ago if had advised customers it would be opening on Friday.

But that all changed on Wednesday when it provided an update and said it would not be permitted to trade.

The owner hit out via Facebook and slammed the Executive.

He said: “Sorry folks, but we won’t be opening on Friday as planned. The NI Executive Office has completely screwed over the hospitality industry. Again. They have been visiting premises all day today, just 48 hours prior to our scheduled reopening, to tell us that our outside areas do not comply with their new regulations.

“Sunflower cannot open because our garden has four walls. Of course it has four f*****g walls! But even if we magically removed two walls we were told that we then couldn’t put up our parasols or roll out our awnings. (We’re not making this up).

“We have bought stock, we have cleaned, we have bought equipment, we have renewed our bin contracts, we have taken on new staff (who are now not entitled to furlough) and we were genuinely looking forward to welcoming you all back.

“But no, the NI Executive Office have let us go to all this trouble only to pull the rug from under us at the last minute. More debts.
But we won’t let the b******s grind us down, no matter how hard they try to put us out of business we will fight on, and we know you have our backs.”

The post was shared over 1,000 times and hundreds of supporters voiced their outrage.

This evening the Executive has provided update information to all those who are planning to open.

In a statement, the Executive advises: “There has been no change to the definition of indoor and outdoor areas which applied last year.

“The definition of ‘enclosed’ and ‘substantially enclosed’ comes from the smoke-free legislation from 2007 and is directly referenced in the regulations. This was the same definition that was in place last July. The position remains that the general rule of thumb is that outdoor premises should not be more than 50% enclosed.

“The definition from the smoke-free legislation was used on the basis that it was a good comparator in terms of the aim to ensure adequate ventilation and was well understood by the hospitality sector and by district councils. The same definition is also used in England, Scotland and Wales.

“Covid-19 is still circulating in the community and tomorrow’s relaxation has a focus on the outdoors, as we seek to move forward in small steps.

“Officials in the relevant departments have engaged extensively with different sectors in advance of tomorrow’s relaxations and further engagement is planned to explain the position and try to ensure consistency of approach and for councils to work with businesses to allow them to operate in line with the regulations.”