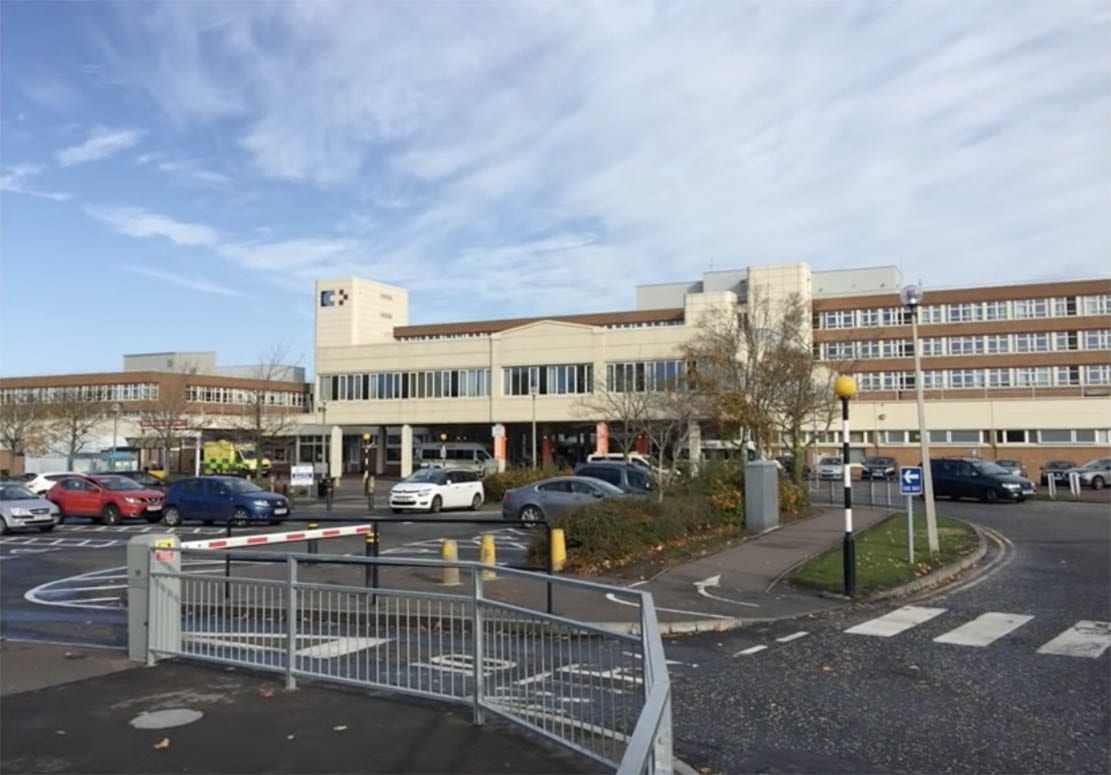 An Aughnacloy woman has slammed the current state of the Health Service as her husband faces an agonising wait for surgery for a serious spinal affliction.

The woman, who did not wish to be named, said she and her husband had been forced to seek a private consultation, with a firm diagnosis being given.

It comes after he was struck by a mystery affliction just 10 days ago which left him struggling to stand and walk and the couple sought immediate medical help.

Now the patient, who is in his 40s, faces months – possibly much longer – suffering excruciating pain as he joins the ever-growing number awaiting the necessary corrective surgery.

If he does not wish to wait, they have been advised they could go private which could cost thousands of pounds to have done.

But having gone private to ascertain a diagnosis, his wife told Tyrone I: “We just wouldn’t have the money for an operation.”

Outlining how their predicament came about – and calling for politicians to intervene to help – she said she believes there are many others out there who may be in the same boat.

“I’m sure there’s other people that will be able to relate and relate to their frustration at the NHS,” said the worried wife.

“My husband, a healthy man, works full-time with normally no health concerns.

“He was stricken only on Sunday week past with what we thought was sciatica. My husband’s pain was chronic to the extent he was unable to stand.

“We consulted our GP who prescribed a number of different medications to no avail.

“On Thursday, after consulting with our local GP, my husband was sent an ambulance and brought up to Craigavon for an MRI scan. The MRI scan gave a conclusive diagnosis of spinal stenosis.

“He was sent home and told there was nothing they could do and he would need an ICATS (orthopaedic) referral. No further medication was given and he was to consult with the doctor.

“He has been in chronic pain, passing out and unable to stand.

“I phoned an ambulance at this stage, the ambulance arrived and he was brought to Craigavon, where he was administered morphine.

“After several hours in A&E he was brought up to the ward to be asked to stand. Painfully he stood for the doctor and walked a few steps – all while moaning in pain.

“At that stage he was told they would be sending him home and the doctor concluded to me that his pain would have to be managed at home although he would need surgery.

“I queried sending him home in unmanageable pain, but I was told that as he was able to walk a few steps, the doctor agreed, albeit it was evident he was in pain.

“I queried an emergency surgery, his wellbeing and mental health, but the doctor was dismissive.

“Apparently his spinal stenosis does not warrant an emergency surgery, yet he was advised that if he saw a consultant privately that the consultant would recommend surgery.

“So unless we are fit to pay for private surgery, my husband has to put up with chronic pain and nausea for months and maybe even years. Unless we’re able to afford to go private therefore, it would be a case of managing chronic pain.”

The woman has contacted local politicians and will be lobbying Health Minister Robin Swann as she insists the situation is far from acceptable.

She added: “I’m getting in touch with anyone that will listen.

“This is a young man who has a human right to health and is in dire need of urgent help.

“I was phoned to come pick him up, despite it being clear that he couldn’t sit up, never mind sit in a car.

“What is our health service coming to?”

A spokesperson for the Southern Health Trust, told TyroneWife slams state of health service as husband faces lengthy spinal surgery wait in ‘complete agony’ I: “Whilst we are unable to comment on any individual patient, we urge any family with concerns about their relatives’ care and treatment to contact us so that we can directly respond to those concerns.”