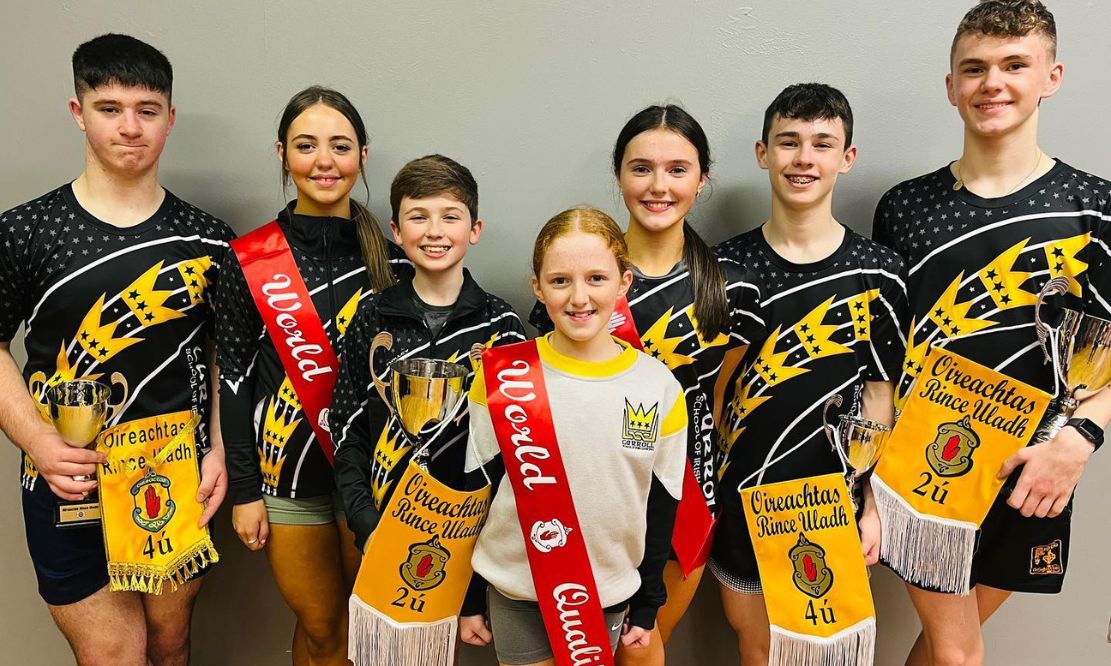 Just last week, 24 students from The Carroll School of Irish Dancing, Dungannon were in preparation for one of the biggest competitions of their careers.

Friday November 4, saw the Regional Qualifier Ulster Championships take place in Ballybofey where some 1,000 of Ulster’s finest dancers gathered to battle it out for their place in the An Coimisiún le Rinci Gaelacha (CLRG) World Championships 2023, to be held in Montreal, Canada.

Of the 24 Carroll School students, seven made it through to the World Championships.

Speaking with Tyrone I, school owner and teacher Gerard Carroll explained: “CLRG is the original and largest governing body of Irish dance in the world. It is really prestigious and really tough. The dancers that qualify for these championships are incredibly good.

“It was so nail-biting over the weekend. I had hoped to get five students through, so to end with seven qualifying was more than I could have hoped for.

“They say that if you have qualified for the CLRG World Championships then you’re among the top 1% of dancers in the world before you have even pointed your toe!”

The school, which is based in Dungannon but operates across five locations in Armagh and Tyrone, has seen the dancers through classes three times a week, with extra lessons on the run up to the Regionals.

The student dancers have also been encouraged to follow fitness programmes at home and to attend other local competitions in preparation.

It may seem like a lot of work, but teacher Gerard says that his students absolutely love dancing. He said, “Some of the children have a tough time at school and dancing is their escape. Everyone kid in my class is the cool kid”.

“That’s really what it’s about for me and what makes it all worthwhile. Results are great but it’s seeing the kids happy – that’s the main thing”.

Gerard has been teaching Irish dancing for eleven years and one of his World Championship qualifiers Cara McGeehan, now aged 16, has been with him since the very start.

Amongst the other six qualifiers are Anna Jordan who was the youngest performer of the troupe at just 11 years of age, Alex Nicholas, Sienna Harte, Oisín Kelly, Ultán Mallon, Oisín McAndrew.

Getting seven students under the age of 18, all bar one, to Canada for five days is no mean feat! The school will soon begin their fundraising efforts in an attempt to lessen the financial burden on the families.

Over the year, they plan to host their own dance competitions and table quizzes to help garner funds for travel and accommodation expenses.

Don’t forget to sign up to our newsletter here.