'It had always been in the back of my mind that I would like to own my own wee arts cafe ... and I had this vision for it in the main street' 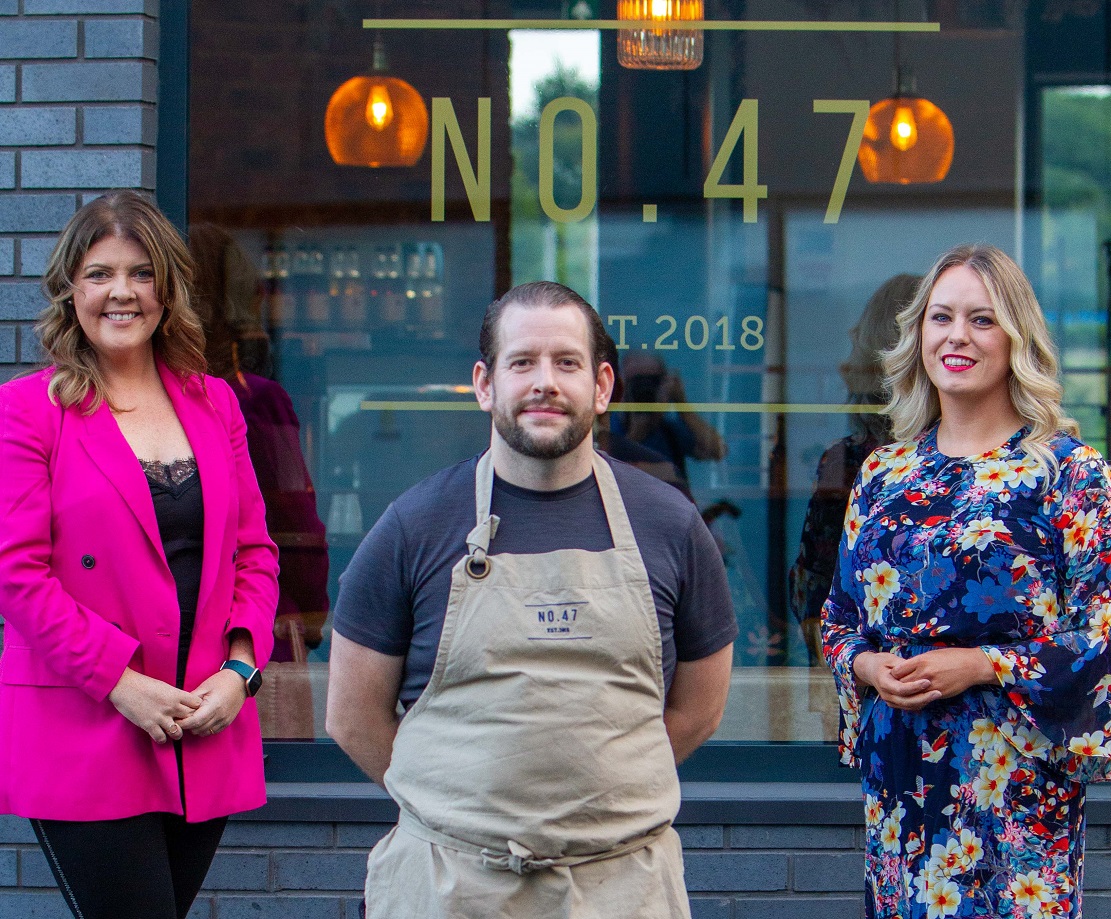 A Co Tyrone woman who was about to begin a career as a counsellor has opened her second hospitality venue after taking the plunge to follow her dream.

Rachel Molloy, who is originally from Donaghmore, but now living in Galbally, last week marked the official opening of No 47 in Cookstown.

The restaurant, based at Kilcronagh Business Park, employs a team of 14 people, including a team of chefs and front of house staff.

Just three years ago, the 38-year-old opened her first business, Café No 47, in her native village of Donaghmore after seizing the opportunity and leasing a vacant unit.

Rachel attributes the success of the café not only to its menu but also “original extras”, including a folk club and art classes, and is aiming to replicate this in the new restaurant.

Speaking to Tyrone I, she explained how she had worked in the hospitality industry since the age of 12, washing dishes in a local restaurant, and had continued to work in the sector between jobs and university.

“I got a real feel for the industry. I really enjoyed it and I always feel myself veering back towards it,” she said.

However, after stints in arts development and a care home, Rachel graduated with a counselling degree in 2018 and was just about to embark on it as a career when an offer of a vacant shop unit came up.

“It had always been in the back of my mind that I would like to own my own wee arts café in the community because there is such an abundance of local talent, with music and art, and I had this vision for a café in the main street,” she said.

“There was a newsagent and I used to joke with him that if he ever closed, I wanted the building for a café. But it was always a bit of a pipe dream because I have no background in business.”

When he did approach her to say the unit was available, just a few days after having had her third child, she initially turned it down, but after encouragement from her family, decided to go ahead, only to find the unit had already been let.

“I was devastated that I had missed the boat but thought it wasn’t meant to be. A couple of months passed and I got a phone call to say the tenant had fallen through, so I grabbed the opportunity,” she said.

“With the pandemic in the middle of it all, it’s lovely to have achieved so much.”

Rachel, who is married to Gavin and has three children, Ross (17), Juno (7) and Luke (3), said head chef James Devine, the 2017 National Chef of the Year, has put together a “really nice menu which is just so unique for the area” while front-of-house manager Andrea Burns leads a team of “brilliant” staff.

She added: “We hope to announce our evening menu soon and plans are in place for a folk club with top musical acts, a range of tasty theme nights and some artistic events to reflect on what I believe has been the secret to No 47’s story so far.”

No 47 Cookstown is open Tuesday to Saturday and is located at Unit B14, Kilcronagh Business Park.

The new restaurant brings to 18 the total number of staff employed across the two premises.