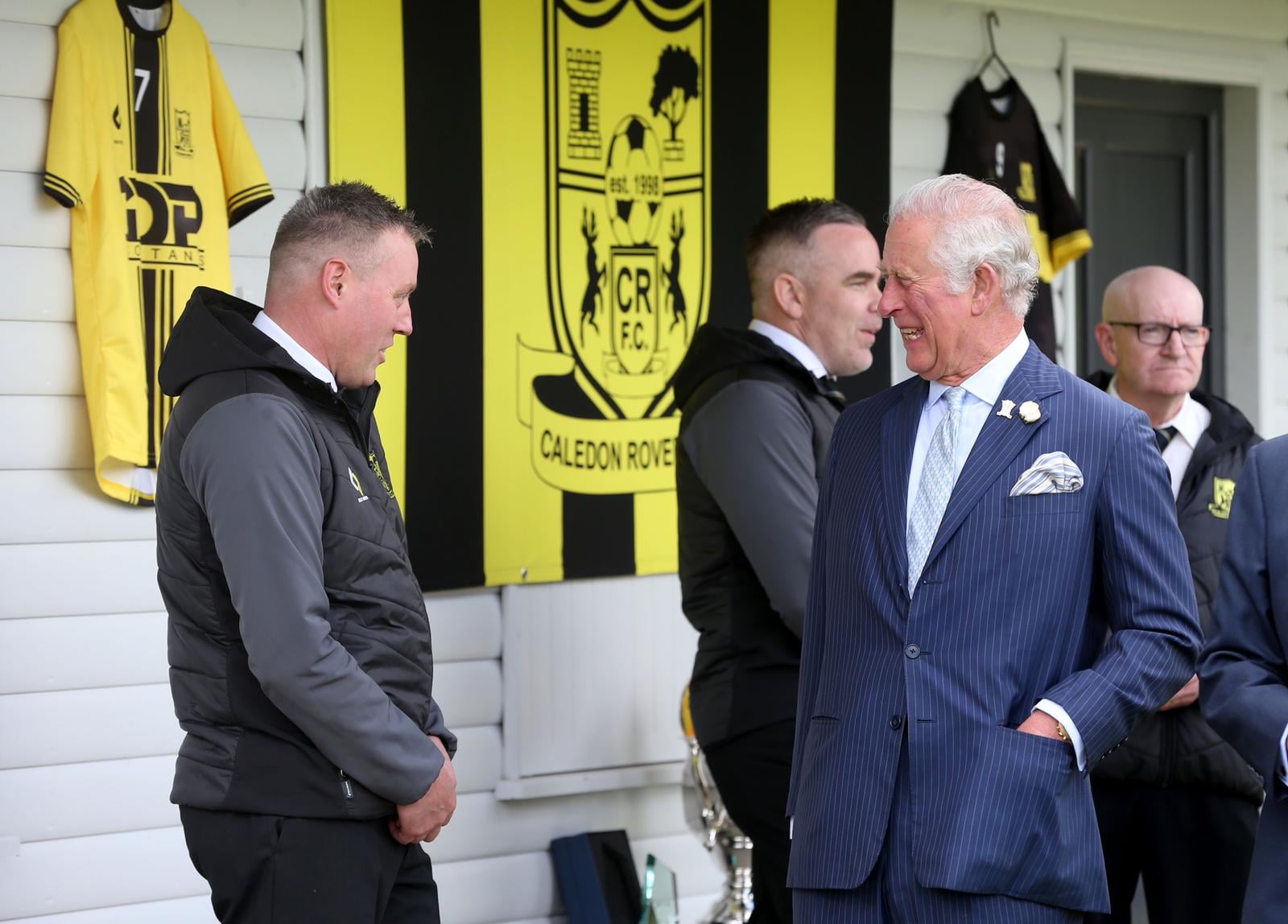 The Prince of Wales and The Duchess of Cornwall completed their second day of engagements in Northern Ireland on Wednesday.

The pair began their day at Hillsborough Castle Gardens before travelling to County Down where they together visited an open-air market with a large  emphasis on locally sourced produce including a range of organic goods.

The Prince then moved on to Donaghadee where he unveiled a plaque on the harbour front to commemorate the Bicentenary of the Royal Charter of Donaghadee Harbour and the laying of the harbour’s foundation stone.

The Prince later toured development projects in Caledon, where he will tour the village alongside Lord and Lady Caledon, before meeting with pupils and coaches of the local cross-community football club, Caledon Rovers.

During a walkabout in Caledon, The Prince of Wales learned more about upcoming development projects in the Co Tyrone village. His Royal Highness also met local groups including school children and members of the local cross-community football club, Caledon Rovers. #RoyalVisitNI pic.twitter.com/vvWALI1GZm

His Royal Highness viewed the sites of upcoming development projects such as a former wool store currently under construction and  due to be transformed into a Day Care centre, as well as outhouses which will house the new Men’s Sheds for the village.

He also unveiled a plaque to officially open the newly refurbished Church Hall at St. John’s.

On Tuesday, Prince Charles made his way to Slieve Gullion Forest Park, where he met schoolchildren and listened to some Irish traditional tunes as young musicians staged an open-air performance.

For more on the Royals’ two-day visit to Northern Ireland, click here.