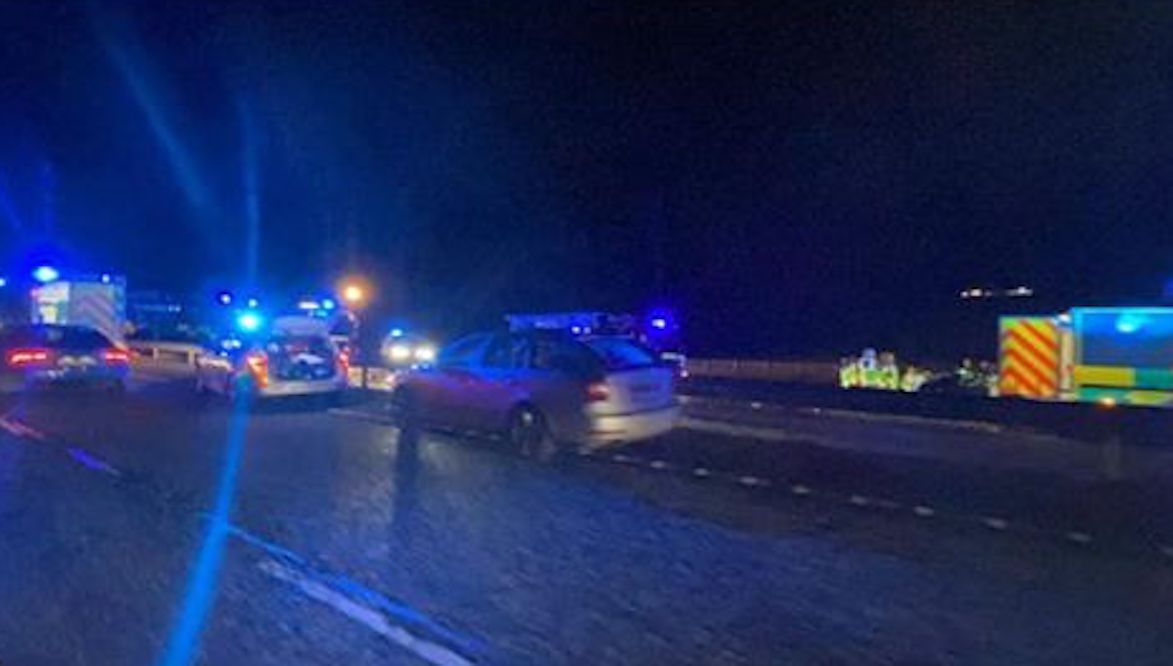 The M1 has re-opened following a horror smash on Monday evening.

Police have this morning confirmed the road has opened to Christmas Eve traffic following an operation through the night.

It had been closed between Junction 14 Tamnamore and Junction 15 Stangmore.

A police spokesperson said there will be a further update on the crash, which was described as “serious”, later this morning.

It is understood two vehicles were involved.

One eye-witness, speaking to Armagh I, said it was an “awful sight” and there was “debris everywhere”.

An official update will be available in due course.