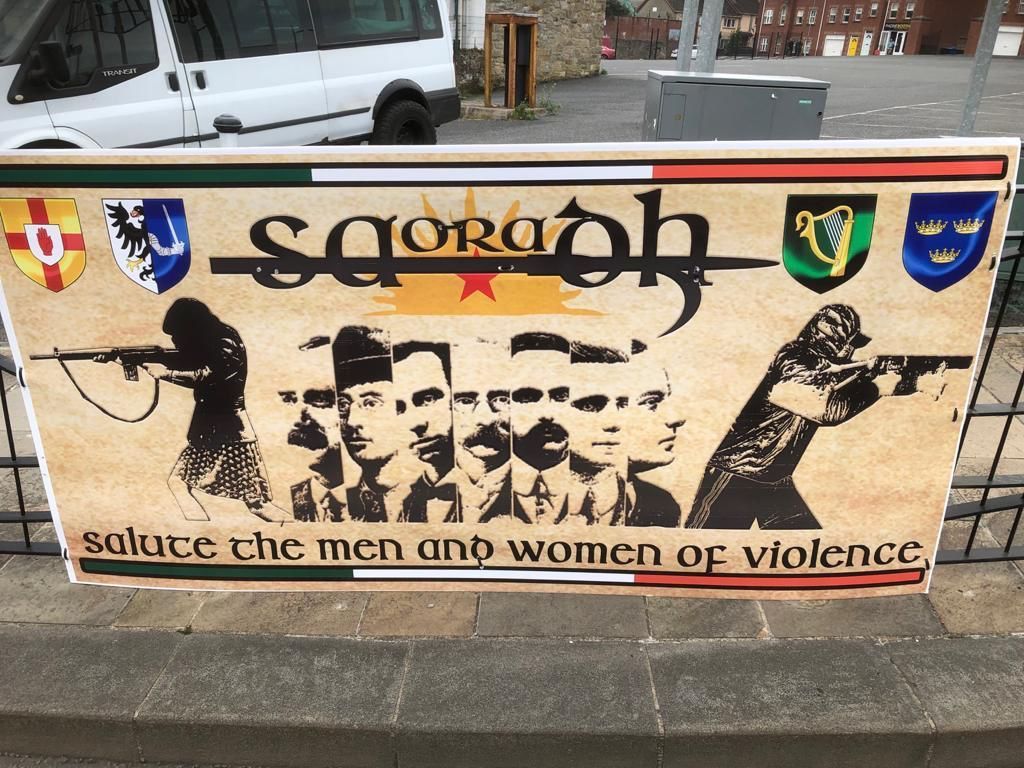 A Mid Ulster councillor has condemned the placing of a poster “blatantly glorifying terrorism” in Dungannon town centre.

Councillor Clement Cuthbertson, Democratic Unionist, said: “This latest poster displaying a man and woman using guns, erected at the bottom of Ann Street in Dungannon, must be removed immediately.

“It is blatant, intentional glorification of terrorism.

“This threatening poster has been strategically placed and is unfortunately a common sight in the streets at this side of the retail centre of Dungannon.

“It is nothing short of in an attempt to mark out territory and intimidate Unionists and, indeed, all who don’t support the very specific views of this particular grouping.

“There even appears to be a turf war going on between Saoradh and Sinn Fein, with the latter almost pushed out.

“The people of Dungannon don’t want this type of behaviour, and especially don’t want to be caught up in the middle of two parties fighting for territory.

“People want and deserve to be free from such bullying.”

A PSNI spokesperson said: “Police received a report of a sign on Ann Street in Dungannon on Wednesday, September 8.

“While the removal of such items is not the responsibility of the PSNI, the PSNI is committed to working with communities and partners to build a safe and inclusive society.

“Where reports of banners being erected are received, the PSNI will attend to ascertain proof of permission for erecting a banner, and gather evidence in the event that any offence is committed.

“Details are passed to the relevant land or property owner, who will decide on the appropriate course of action, which may include the matter being reported for prosecution.”