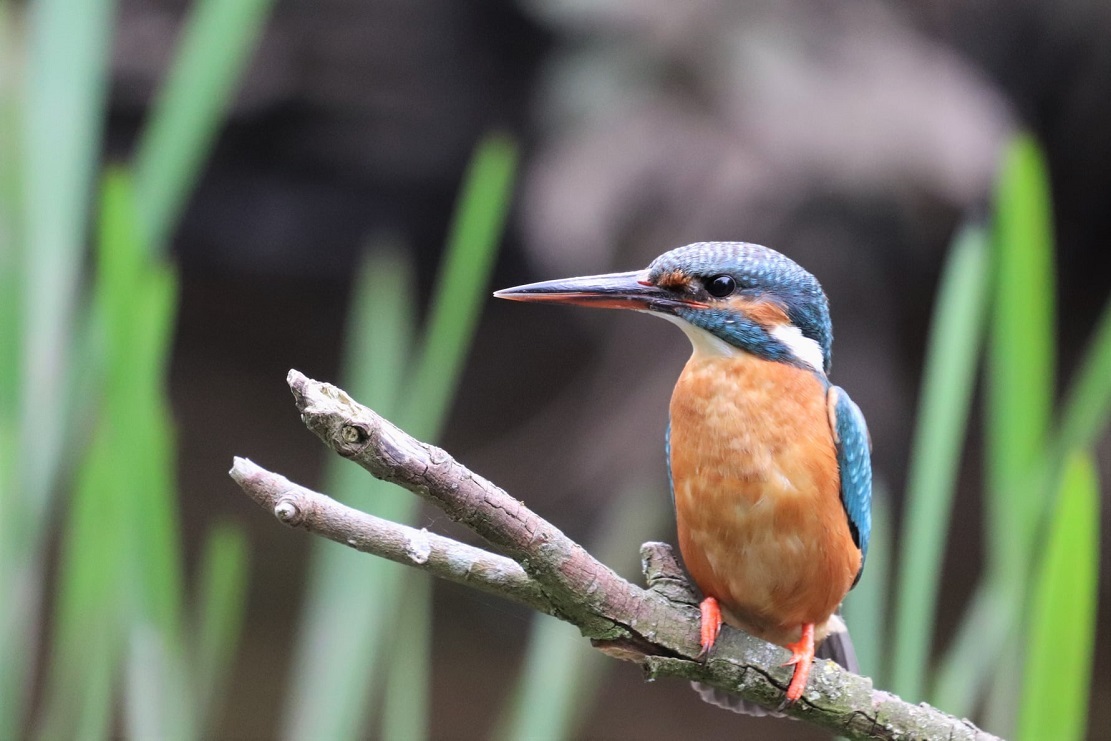 It’s nesting time for kingfishers at the moment so that means you’ll probably find Coalisland man Oliver Scullion tucked away in his hide waiting to capture the perfect shot.

The 63-year-old, who is an authority on wildlife on the Coalisland canal and a keen amateur photographer, has again been posting up some fantastic pictures and video on social media.

In his most recent post, he has captured two kingfishers feeding each other – the only known pair on the whole of the canal.

The perfect photo and video took six hours but was well worth it.

“The parents feed each other,” he explains. “They are just starting to sit on the nest. They are a bit late building this year.”

The dippers are another favourite and, like the kingfishers, are shy birds and quite rare.

“There are just two pairs along the seven-mile stretch of the River Torrent, one at the canal and one at Newmills,” said Oliver. “They use the same nests every year and the nests are probably about 30 to 40 years old.” Meanwhile, his striking photograph of a bat in flight was taken from under a tunnel of trees at the canal and, as Oliver says, you “probably get one good shot out of a thousand”.

For Oliver, a grandfather-of-nine, it’s the perfect way to relax and he has the added benefit of company, with like-minded friends Martin Armstrong and Kieran O’Neill also following and photographing the wildlife.