Unfortunately, the colonoscopy revealed exactly what Matt had feared.. 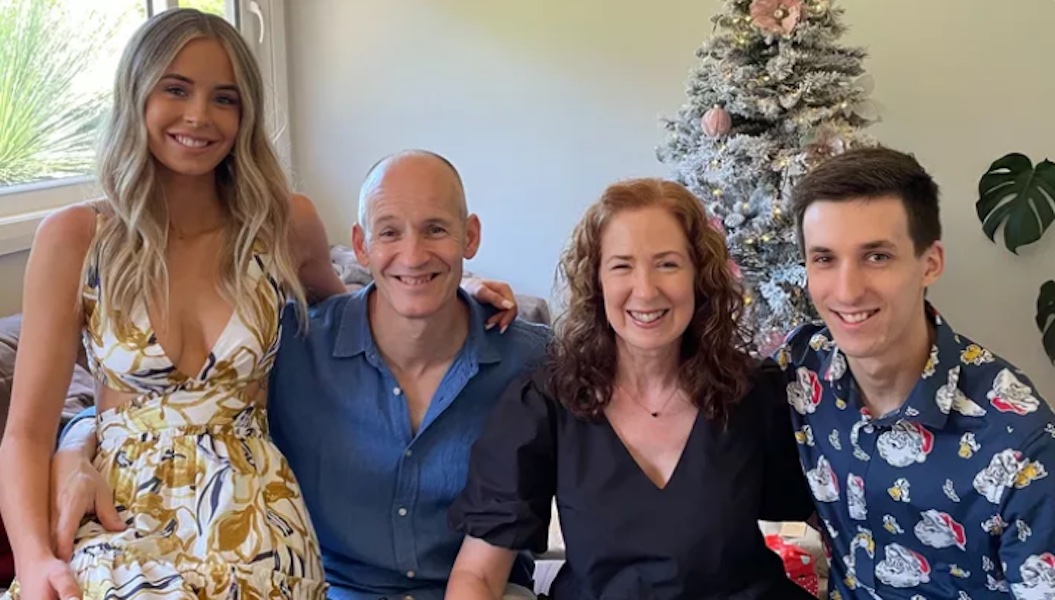 On September 19, 2022, 25-year-old Matt Donnelly made the brave decision to have a colonoscopy.

Whilst, this may seem like a relatively small procedure to many, it was a hugely important one for Matt. For some time, he had been noticing what he knew to be symptoms of bowel cancer.

Matt, who lives in Sydney, Australia, has very close ties with County Tyrone. His father, Martin is a Moy man, born and bred.

Martin met his now wife – Matt’s mother Jacqui – when she and her family moved from Tasmania to Moy in the 1980’s. As it rather serendipitously turned out, Jacqui’s late father Jim Chambers was also a Moy native.

However, it was because of Matt’s grandfather Jim’s own personal struggles with bowel cancer that Matt knew the symptoms to look out for. Both Jim and his father, Robert Chambers had both tragically been diagnosed with the illness at ages 61 and 47.

Matt’s mum Jacqui Donnelly wrote: “Matt called us from the hospital and said ‘The doctors would like to include you in this call’, my heart sank. The doctor explained that they had found three polyps during Matt’s colonoscopy and they were treating the largest one as cancerous until proven otherwise.”

They found out shortly afterwards that the two largest of the polyps were cancerous tumours.

Following on from the colonoscopy, a colorectal surgeon organised for Matt to have a flexible sigmoidoscopy, which is a screening operation.

Plans were also made for Matt to see the radiation oncologist to discuss the pre-surgical radiation treatment needed to shrink the cancer. He outlined a treatment plan which included four to six months of chemotherapy, five weeks of radiotherapy with low dose chemotherapy tablets, a surgical removal of 20% of the affected bowel, rectal lining and reconnect ends of the bowel.

In the weeks following this diagnosis Matt has talked at length with practitioners weighing up the best and least invasion treatment options available to him. These talks have resulted in a potential line of treatment that both Matt and his family would be keen to explore.

As Matt’s cancer meets some rare criteria, he is eligible to avail of a promising new treatment using immunotherapy. This may eliminate the need for chemotherapy and the complications associated with radiotherapy and surgery.

However, this new experimental drug known as Pembrolizumab, has only recently been introduced to the treatment of bowel cancer, and as such it is not yet covered by the Australian Pharmaceutical Benefits Scheme.

Sadly, the family are now faced with an approximate upfront cost of $60,000 AUD to ensure Matt can avail of the treatment.

Understandably, the family are desperate for support.

Jacqui said of the diagnosis: “It has been difficult coming to terms with Matt having bowel cancer at the age of 25 and this is something we never, ever thought would happen to one of our children”.

Matt is taking a break from his studies, but continues to work remotely during treatment. He has the ongoing support of his Mother and Father, younger sister and devoted partner, Ash, as well as his wider family and circle of friends.

The family have set up a Go Fund Me page, and have already raised £$14,466 AUD of their $60,000 AUD target in the hopes of securing the immunotherapy treatment for Matt.

If you would like to make a donation to Matt’s Go Fund Me page you can do so here.

Don’t forget to sign up to our newsletter here.