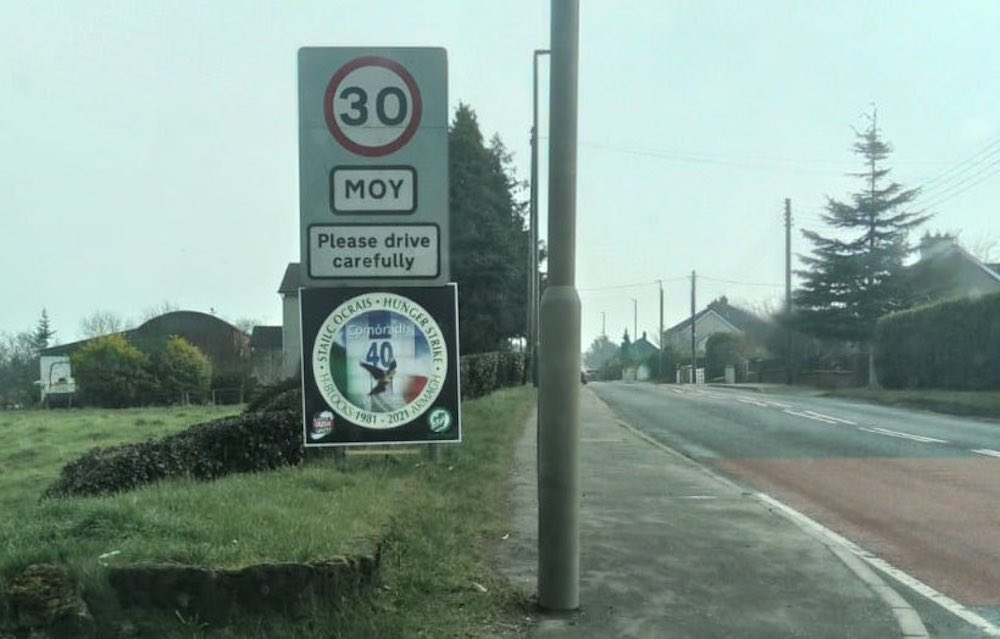 A Fermanagh and South Tyrone MLA has hit out at what she describes as ‘intimidation of the unionist community’ following the erection of an IRA Hunger Strike commemoration sign in Moy.

Ulster Unionist MLA Rosemary Barton says she has contacted both the PSNI and Department for Infrastructure to “seek the removal of this intimidatory sign, which is also clearly a traffic hazard.”

“Many local people have to live day and daily with the consequences of the death and destruction that the IRA and other terrorists brought to their community,” said Mrs Barton said.

“To have this sign erected as an ‘in your face’ cruel act is nothing less than intimidation of the unionist community and all those who suffered at the hands of terrorists.

“It is a totally offensive and irresponsible act, but we have learned to expect nothing less from the IRA and their supporters, who in the past murdered and maimed innocent people going about their daily lives, left young families without a mother or father and murdered young children.”