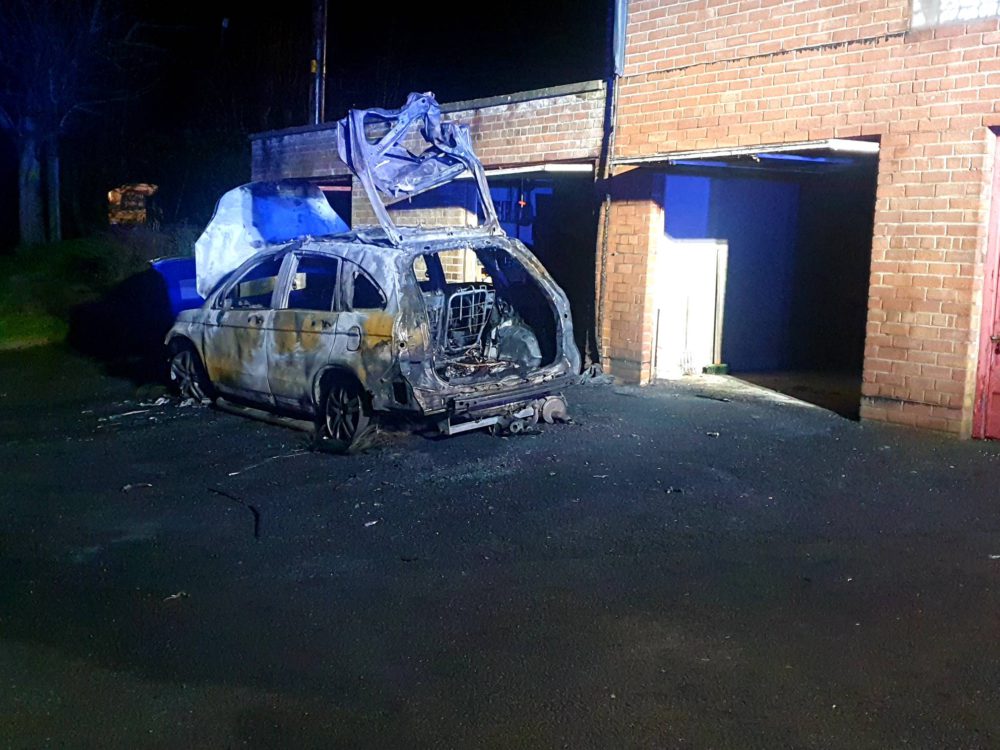 This was the scene left behind by an arsonist in Donaghmore on Tuesday night.

Police are appealing for information following an arson attack in the centre of the Co Tyrone village.

The incident happened just after 11pm.

Police said a man in dark clothing was seen running from the scene after the fire was lit.

There are no further details at present, however, police have appealed for witnesses, or anyone who may know something, to come forward.

You can contact the non-emergency number 101, or confidentially through Crimestoppers on 0800 555 11.