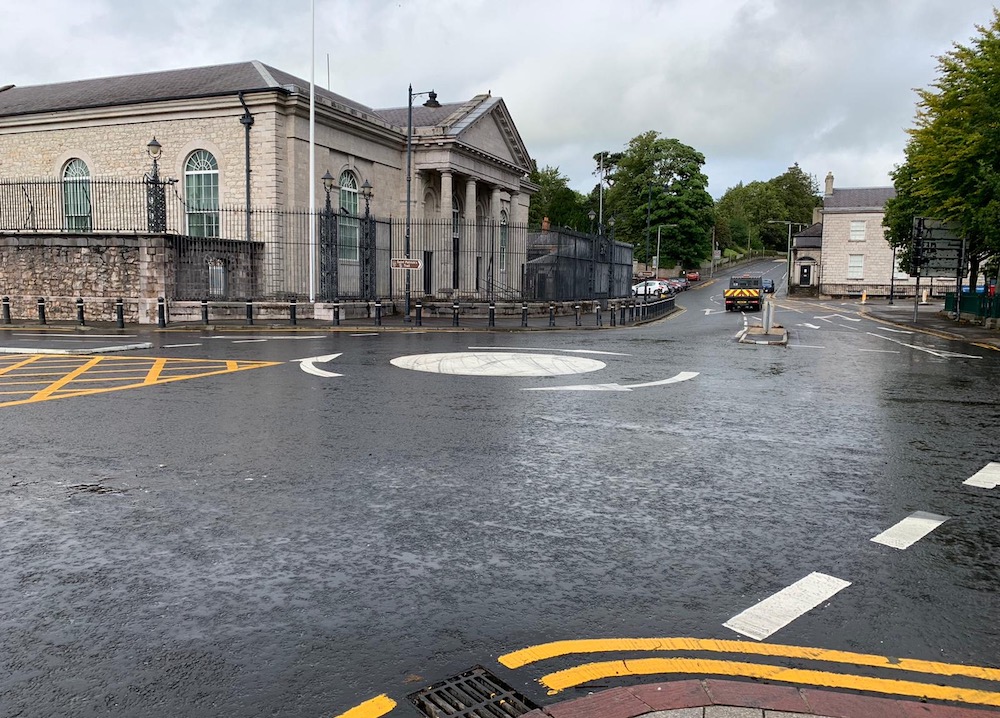 A man who was convicted of damaging a car and wielding a hatchet at the owner of the vehicle must wait until later this year to learn his fate.

The 51-year-old’s barrister claimed that his client had only used the weapon after being pursued by the injured party, stating that the defendant had been in “flight mode”.

Andrew Stevenson, of Killycavan Court in Dungannon, appeared to contest a charge of possessing an offensive weapon at Armagh Magistrates’, sitting at Newry, on Tuesday.

The defendant had previously entered a plea of guilty in relation to a second charge of criminal damage.

None of the facts were opened in court, but the particulars allege that the offences occurred on November 7, of last year.

Stevenson was alleged to have damaged a car and to have been on possession of an offensive weapon, namely a hatchet, on Lisanally Gardens, Armagh,

Making submissions, defendant barrister Seamus Lannon stated that Stevenson accepted damaging the car in question on November 7 but claimed to have been followed by the injured party and others as he made off.

Mr Lannon claimed that this group continued to follow his client and challenge him, despite there being no longer a threat to them or the car.

The barrister stated that the injured parties could not claim self-defence, adding that his client had allegedly been in hospital for three weeks after falling over a wall and beaten by the group.

Referring to the statement of the injured party, Deputy District Judge Peter Prenter commented how they claimed Stevenson had had told them he would kill them as he wielded the hatchet and that they ducked to avoid it.

Mr Lannon stated that the defendant had been in “flight mode” and that he had only used the hatchet when chased.

Deputy District Judge Prenter convicted Stevenson of the contested charge and adjourned the case to October 5 for a pre-sentence report.