Linen Green shopping village in Moygashel on market for offers over £4.5 million 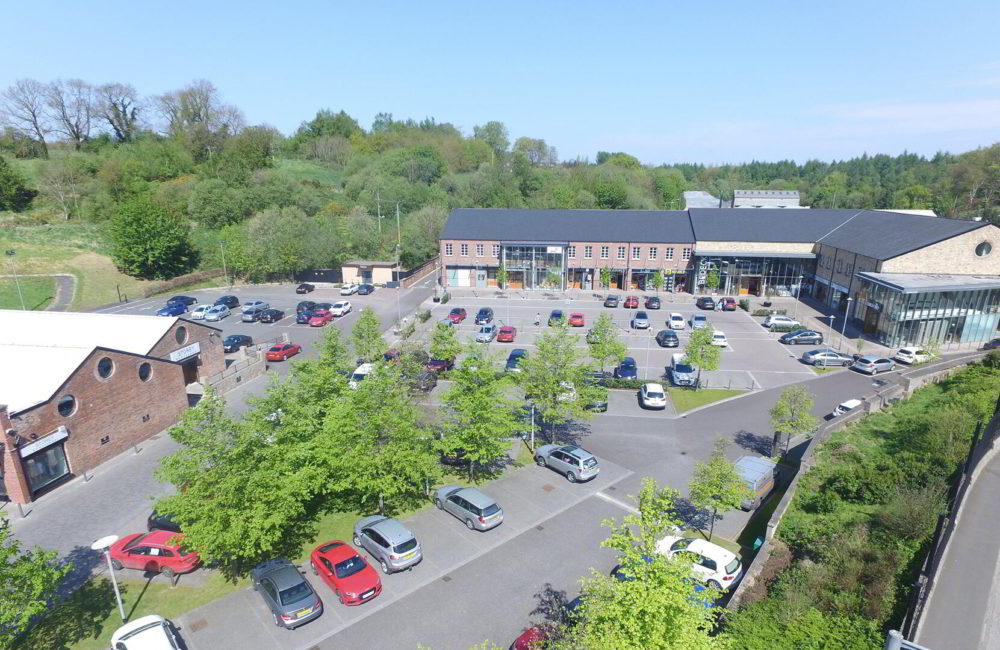 The Linen Green shopping village in Moygashel is up for sale with offers invited in excess of £4.5 million, Tyrone I can reveal.

It is now 20 years since the development of the site of the former flax mill site took place.

The Linen Green has boasted a number of specialist and brand retailers as well as cafes which have enjoyed success over the years.

Many have been closed throughout lockdown and as normality and reopening begins the owners of the site have now placed it on the market.

Belfast-based Osborne King are in charge of marketing and handling any future sale.

According to Osborne King, the site comprises a number of buildings extending to in excess of 120,000 sq ft.

And with an entire site measuring just shy of 10 acres, there is the potential to accommodate “more multiple national tenants to build on the current retail offer, footfall and income”.

There is also the opportunity to any would-be buyer for the “refurbishment or redevelopment of vacant and derelict buildings/land”.

In terms of the former, it says the Linen Green offers “excellent” opportunities to include letting of vacant units to include more multiple national tenants, the chance to further establish the scheme as a leisure and boutique fashion brand destination, and further develop it as an historical tourist destination, capitalising on its manufacturing history.

It points to the fact that there is also open planning consents to include a ‘grocery’ store on site and the highly prominent Glass House is suitable for office, gymnasium or retail, subject to planning.

There is also the chance to refurbish or redevelop Grahams Buildings and the former Alpha Newspapers building.

The Linen Green is described as being ideally located, being just one mile south of Dungannon town centre and less than a mile from junction 15 of the M1 motorway.

The site itself dates back to the early 18th Century.

A linen market was held there in the 1800s but the actual Moygashel Linen Mills had been built by Thomas Boardman in the 1780s.

In the mid-1800s it was converted to a flax mill and later rebuilt, in 1876, by Robert Stevenson, who added weaving sheds, and built in into a thriving business.

Under Stevensons it became a limited company in 1907, and the village, mainly reliant on employment in the mills, sprung up around it.

Under the name Moygashel Ltd, it was bought by Courtaulds in 1969 and they, in turn, sold it to Lamont Holdings in 1980.

It would be another two decades before the first seeds were sown for the retail village.

And since then the Linen Green boasts of being “one of Ireland’s premier shopping locations with over 30 independent high end retailers”.

Today, many artefacts relating to the site’s past remain on shows and the naming of the blocks of retails units also reflect that proud industrial past.

The site has now been put on the market with the agent “instructed to seek offers in excess of £4,500,000 exclusive”.