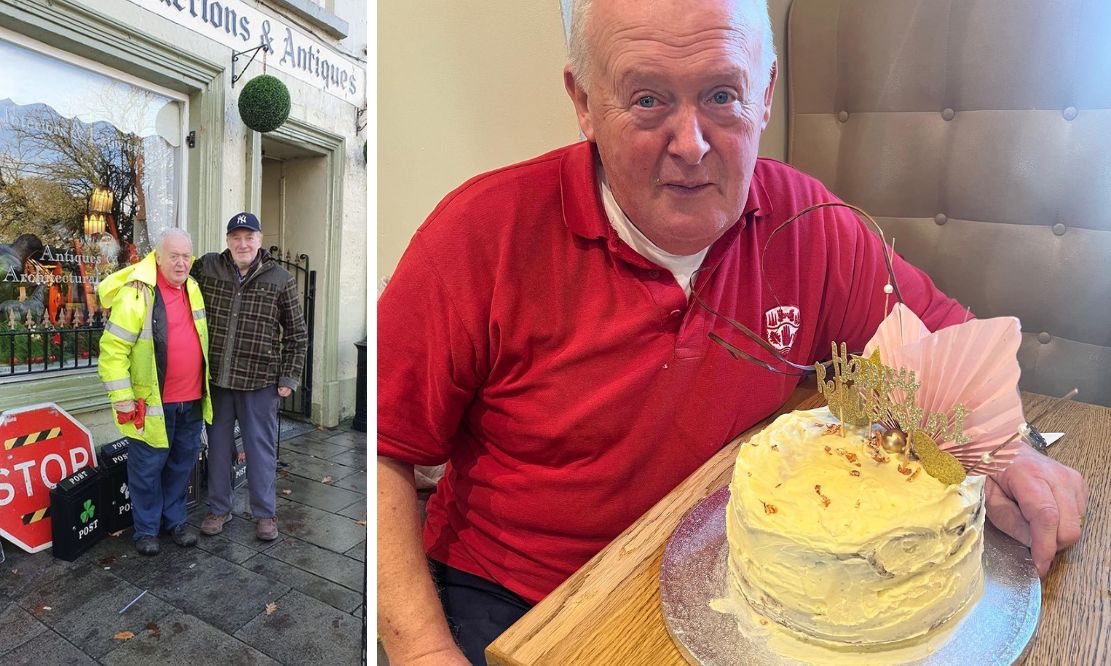 After almost 30 years of employment with Mid Ulster District Council, Harry Dickson – Street Orderly – has hung up the hi-vis.

Harry began work with the council 29 years ago after sadly losing his previous job – working with ceiling mouldings – when the company closed as a result of the owner’s unfortunate passing.

Speaking to Tyrone I, Harry said: “I was working as an orderly at a local school in the interim, but I saw the job advertised for the Council, I applied, and I got it and I never looked back.”

As a Moy man himself Harry knew the area and the people, so naturally, he settled into role without trouble.

Harry continued: “I had quite a bit of area to cover from Moy Hill, Killyman Road and Dungannon Street to Benburb Road. I would also cover The Square every day. That made it a lot easier getting to know people. They would just come out of work or pass me on the street and say ‘hello’ or chat for a minute.

“I would mostly just gather up loose litter and empty the bins, sometimes they were very full but we always got it sorted. I had great support from my supervisors at Mid Ulster Council, John and Stevie. If I had any problems they were there to help. They were full of great humour too. They made the job enjoyable.”

When asked what his plans are for retirement, he quipped: “The wife has plenty for me to do! She thinks it’s great now I’m here to get all the work done about the house.

“But, apart from that I’ve always wanted to start a vegetable garden so I’ll make a start on that soon and now that I have a bit more time, I’d like to get more involved with the Pipe Band Competitions. I play pipes and would enjoy travelling with them now to all the events in Malahide, Stormont and Glasgow.”

Speaking of his final day Harry said he was sad to leave.

“I have really enjoyed my time working in the Moy. My last day was Friday, November 25, which was also my 66th birthday! It was made special. Sheena Kelly from the Moy Larder insisted on giving me breakfast on the house and it was a lovely way to celebrate.”

Sheena, owner of The Moy Larder, took to social media over the weekend to share her sentiments: “Yesterday saw the end of an era when Harry retired from his role as the Moy’s ‘caretaker’ after 29 years of service.

“We couldn’t let the day go by without acknowledging all that he has done for our village over the years and were delighted to have him and his family in with us for cake and a cuppa to send him on his way.

“The fact that it was also his birthday made it a wee bit more special too! So, on behalf of myself and the Moy Larder team we wanted to say thank you Harry for looking after our wee village and for the chats and the craic every day at 10 o’clock teatime.”

Harry said in closing: “I’m very grateful to everyone in the community and to those I have gotten to know over the years. Also, I’d like to say thank you to the folks I worked with in the Council, to my supervisors and management. They have all been very good to me.”