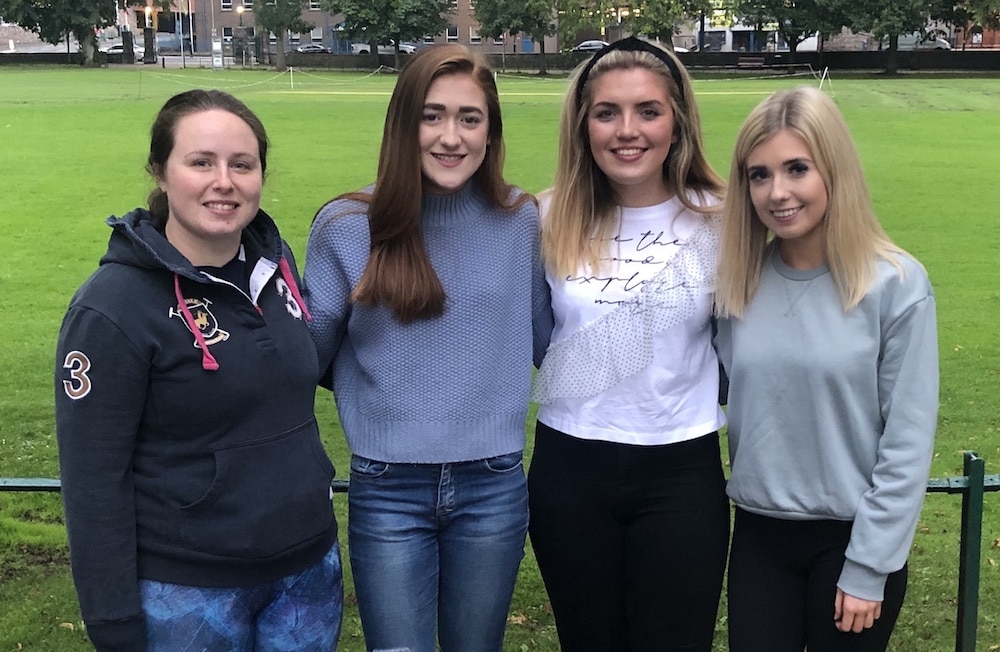 With the Covid pandemic leaving charities struggling, with most forms of fundraising put on hold, four friends from Benburb have decided to face their fears with a skydive from 10,000 feet.

Stacey Pogue, Rachel Ewing, Courtney Farmer and Bethany McKenzie, who all met either through school or church, will be taking to the skies around Garvagh on September 12 to raise money for The Southern Area Hospice and The Smiles Foundation.

Speaking to Armagh I, Rachel said that none of the girls had yet admitted to a severe case of acrophobia, but stated there was still time to find that out.

“It sort of started as more of a joke and then when it came to it all we decided that we would actually quite like to do it, but as it gets closer to the time it all becomes that little bit more real,” said Rachel.

Three years ago, the girls were part of creation of Team Benburb in the village, a group which traveled out to Romania with The Smiles Foundation.

The Smiles Foundation is a charity first established in 1997 which seeks to relieve poverty, promote education and provide hope and opportunity for many through a variety of projects in Romania.

In the inaugural year, Team Benburb ran a relay the Belfast Marathon to raise money for the charity and last year a big breakfast morning.

“This year we were going to do a big auction”, said Rachel, “we decided to do it joint with The Southern Area Hospice but then because of Coronavirus we had to cancel it.

“One of our other ideas was, which started as a joke, was a skydive but four of us decided you know what we all wanted to do it and it would be such a good thing for the charities and it would raise a good bit of money hopefully”.

Initial plans for the jump were grounded in July due to lockdown but this was reorganised and all set to go ahead in September.

“We did push the skydive back so that it was that bit safer but we thought with the charities under such financial pressure, like the haven’t had much help over the last few months, we just thought the sooner we could do it, the sooner that they could get money”.

Rachel explained that The Smiles Foundation had not sent any teams out to Romania this summer and there are no plans for any to arrive in the near future.

She said: “It is from a sky dive centre called Wilde Geese in Garvagh, it will be a tandem jump, someone will be with us we are not that brave.

“I think it will be jumping out of the plane bit will be the scariest part, once we get out apparently there are some brilliant views of the north coast”.

It will be a busy week for the girls as also a Coffee Morning has been organised on September 8 from 10am to 2pm at Majors Pantry, Moy.

If you would like to support the girls donations can be made at Majors Pantry for the next few weeks and also at Daly’s Service Station, Eglish or alternatively you can use their JustGiving page.