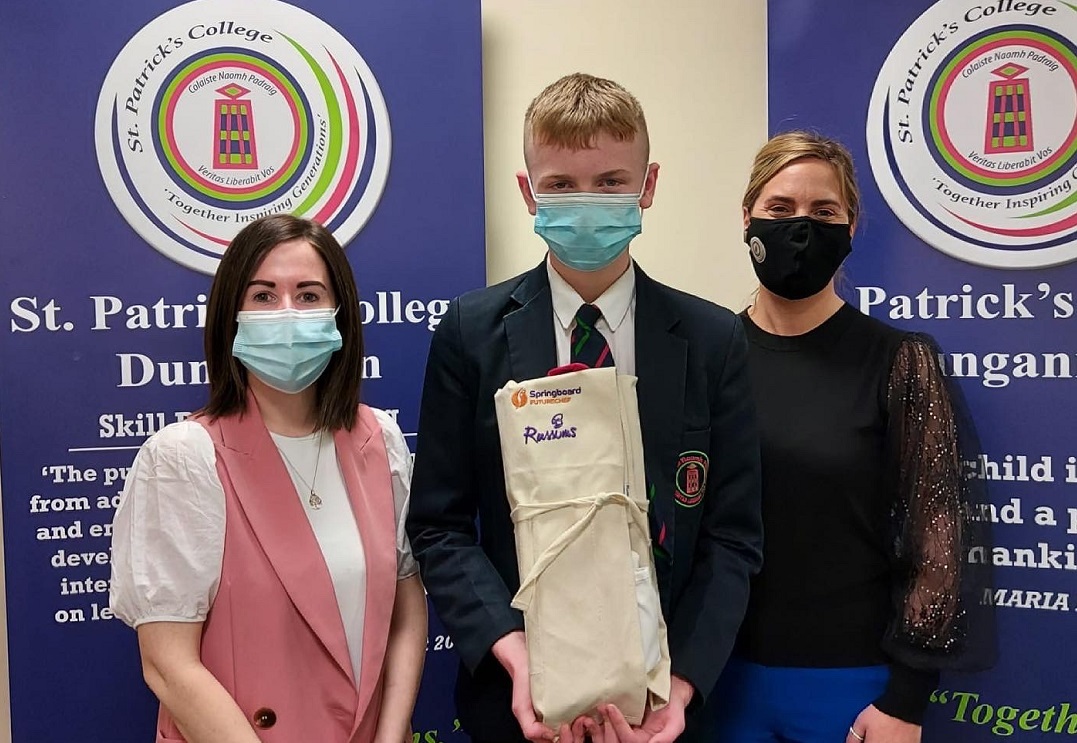 A talented Dungannon pupil will be cooking with two of the UK’s top chefs this week after winning a Northern Ireland final.

Oisín Gates, a year 10 student in St Patrick’s College, has just been named Northern Ireland Future Chef in a competition for schools.

And on Thursday he will take part in a virtual Cook Along with chefs Brian Turner and Leigh Myers – both of whom have worked in Michelin starred restaurants – as well as other regional winners from across the UK.

Normally the showcase event would take  place in England, but because of coronavirus Oisín will be cooking from his classroom in the Dungannon school, cheered on by staff and fellow pupils.

On his menu will be: Braised Breast of Goosnargh Chicken, Broth of Wild Mushrooms,  Spilmans Aspapragus and Baby Leek & Jersey Royal Potato.

The ingredients for the dishes have been sponsored by Newell Stores and sourced locally.

Oisín was up against some very stiff competition in the Northern Ireland heat, with his Pear Frangipane Tart securing him the top spot.

The entries in the Springboard Future Chef UK competition were judged by Brian Turner, Leigh Myers and representatives from Wellocks, which sources fresh ingredients for chefs and restaurants.

The teenager’s cooking skills, particularly for savoury dishes, are well known within the college, with Oisin having won the school Year 10 Masterchef competition while learning remotely.

Head of home economics Mrs Clare McIlvinny said it was a wonderful achievement for Oisin.

“He is such a talented young man. I can’t wait to see what the future holds for him,” she added.

Principal Mrs Catherine McHugh said: “Oisin is a very worthy winner. He is an outstanding young chef and I know he will do great things!”