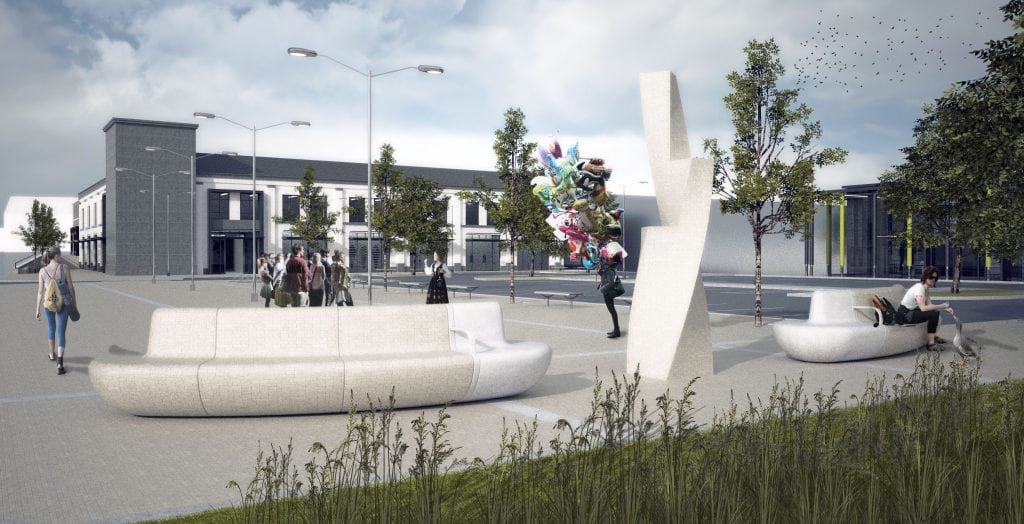 A £10 million plan to breathe new life into Ann Street in Dungannon has taken a step forward, with councillors due to meet the site’s preferred bidder.

Mid Ulster District Council’s chief executive has confirmed councillors will be invited to a meeting at the end of this month with the developer Moorefield Contracts Ltd.

In November 2018, a £10 million plan to bring investment, jobs, shops and a hotel to the street was unveiled to the public.

It is understood the proposed mixed-use development will open up an important gateway for Dungannon and be used as a link between the west of the town and its main retail centre.

Speaking at a meeting of Mid Ulster District Council’s development committee on Thursday, Independent councillor Barry Monteith reminded officers he had previously requested a meeting to discuss the proposed development and requested confirmation of a date.

“Last month I proposed we would get an update meeting on Ann Street and, as of yet, there has been no date set for that,” said Cllr Monteith.

“I want an update from officers on when that is expected to happen. As I said last month there are considerable rumours going round the community.

“The answers are not readily available for people and I think clarity needs to be in the public domain as soon as possible.”

Chief executive Adrian McCreesh said a meeting would hopefully take place between councillors and the developer before the end of May.

“Another officer and I had a meeting, about a week ago, with the developer Moorefield Contracts Ltd, and basically updated them on the request for information from councillors and sought an update on where they were with the project,” said Mr McCreesh.

“They are doing a wee bit of work that was imminent and so we will be proposing to hold that meeting, the week commencing May 24.