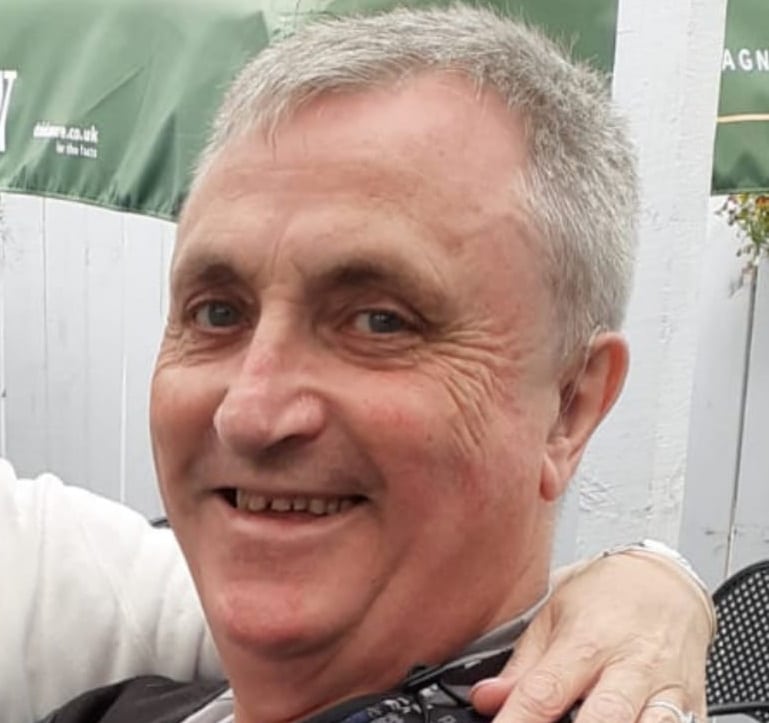 The family of a well-known Coalisland carpenter and musician are organising a fundraising run after he was given a shock diagnosis of terminal cancer four weeks ago.

Dessie Symington (66), who kept himself in shape with daily walks or runs, had been in good health but suddenly took pains in his stomach.

Doctors discovered he had cancer in his bowel which had also spread to his liver and, the following day, he underwent an operation to remove a large part of his bowel.

His sister Tracy, who is helping to organise the fun run on Saturday, July 24, said the family not only wanted to make happy memories on the day but also “give something back” and highlight how important exercise is for health and well being.

She said: “The doctor told Dessie the bowel was about to burst so he needed the operation right away. They also said that if he hadn’t been as fit, he wouldn’t have got through the operation as well as he did.

“We are also hoping that his fitness will benefit him during any treatment he might have.”

Dessie, who has three children and three grandchildren, had been running up to nine miles three or four times a week, and walking the rest of the days.

His interest in fitness began a couple of years ago when, encouraged by Tracy, he began attending the Na Fianna Runners’ Couch to 5K sessions.

“He was getting so fit,” said Tracy. “He is still keeping up his walking at the moment and is enjoying being able to get out and about.

“The diagnosis has been a big shock but the run will be something positive. It is a fun event and is about everyone coming out together and making memories. It’s not about the fittest or fastest, but inclusiveness for all.”

Dessie’s 5k Run for Africa is free but donations can be made on the day to the Franciscan Missionaries for Africa, a favourite charity of Dessie’s, and the Na Fianna Runners.

Dessie is a carpenter by trade, and in 2013 he built a life-size crib for a church in Belfast where he also played the part of Joseph as part of a Christmas appeal to help children in Syria, Gaza and Kenya.

As a talented musician, he and his brother Patrick used to play and sing together as ‘Nightshift’ while Dessie was also a member of the band ‘Rumour Has It’.

Dessie is one of seven brothers and sisters so the fun run is event is expected to be well attended by family and friends.

“Dessie and the whole Symington family are highly respected and very well-known in the area,” he said. “Tracy is a big running enthusiast and always raising money for good causes, so I am sure people will turn out to support them when they need it.”

The run starts at 9am from Na Fianna’s club in Coalisland and the family is looking forward to seeing as many people as possible on the day.