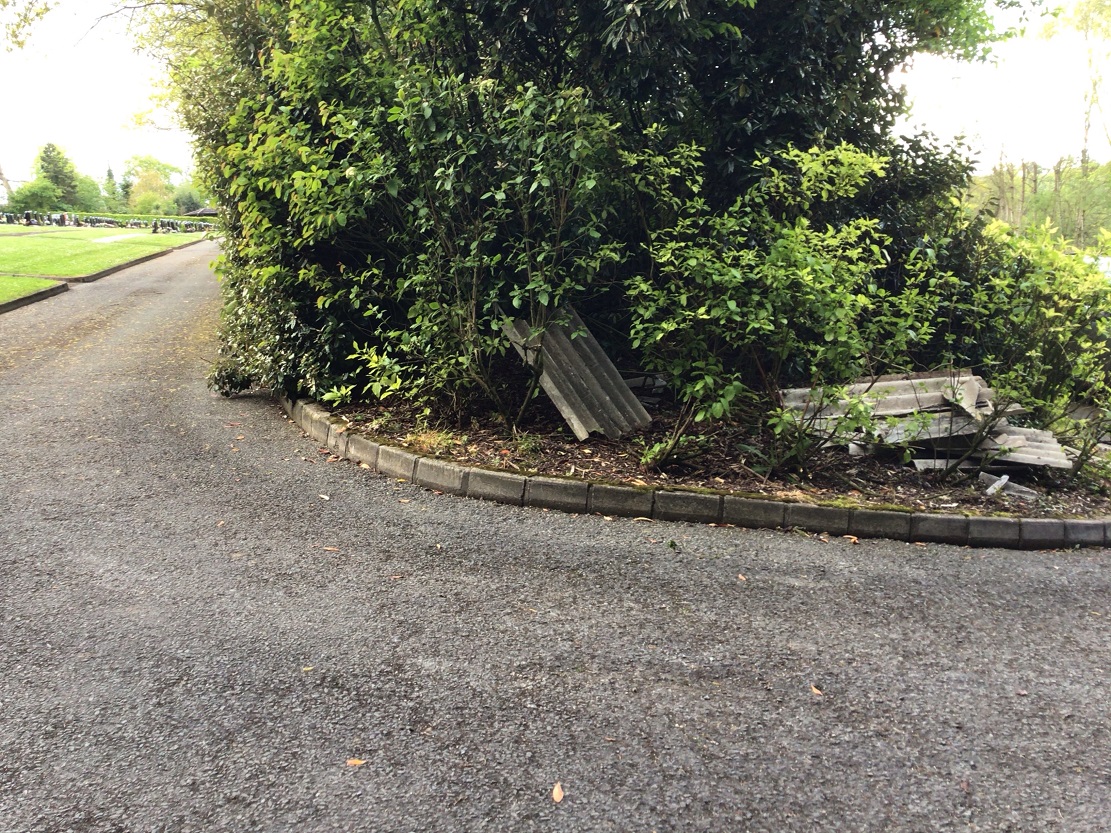 The dumping of asbestos in a Dungannon cemetery has been described as “the lowest of the low”.

The hazardous waste was found in Cottagequinn Cemetery on the Old Eglish Road.

On the same day, there was a a fly-tipping incident on the nearby Mullaghanagh Lane in Milltown when asbestos was again dumped.

DUP councillor Clement Cuthbertson said he had been contacted by a member of the public about the graveyard incident.

“To dump this hazardous waste anywhere is disgraceful but to dump it in a graveyard is deplorable and, quite rightly, as described to me by the member of the public who contacted me about the issue as ‘the lowest of the lowest,” he said.

He described the two  incidents as “totally unacceptable”.

“I appeal to anyone with information regarding this to please get in contact with council officers. Hopefully whoever is responsible can be held to account,” he added.

A spokesperson for Mid Ulster District Council said the material had been lifted after council was made aware of the dumping.

“The Northern Ireland Environment Agency (NIEA) is normally responsible for the collection of asbestos. The council reported these incidents to NIEA last week when we were made aware, and the material was collected on Friday past,” she said.