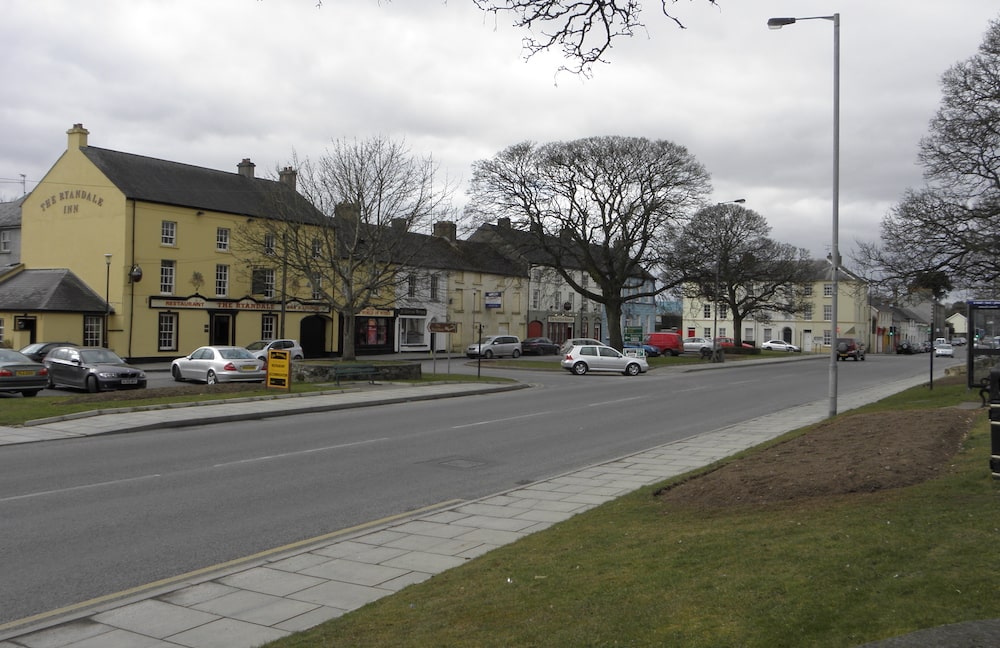 Mid Ulster District Council has been urged to re-engage with the Education Authority (EA) and deliver better facilities for the people of Moy.

The issue was raised at a meeting of Council’s development committee by Councillor Dominic Molloy who told the chamber the village “deserves no less” than others in the district.

Councillor Molloy said plans for a shared education campus in the village are advancing with the developers hopeful of entering into public consultation on the scheme by the end of the year.

The Sinn Fein representative said aside from Moy Tir na nOg’s facilities, there is an absence of any pitch provision in the village and Council had told villagers there could be no upgrade to Council facilities in the area until they saw the footprint of the campus.

He noted the installation of a 4G pitch and play areas had been discussed. However, he told the chamber that residents are now being told the identified site is, “too small for anything other than a small play park facility”.

“I would like officers to re-engage with EA and determine exactly what they are providing on site and what space they will have to partner with Council to provide some facilities,” said Councillor Molloy.

“There is an absence of any pitch provision in the village, with the exception of the voluntary work of Moy Tir Na nOg providing their facilities but there is a wider community than just the gaelic community.

“Others want to hire and use facilities and we see it across all our villages and areas in the district that are provided with state of the art facilities, Moy deserves no less.

“I would ask we re-engage with EA to see what we can provide and if the site is not suitable that we start looking at scoping our own site for provision of facilities.”

Councillor Barry Monteith said despite his “serious concerns” about the shared education project, he was in agreement with Councillor Molloy’s comments.

“There is a severe lack of facilities within Moy, Councillor Molloy is 100 per cent correct,” said Councillor Monteith.

“If there is not the space there we need to send the message loud and clear to residents – this Council is determined to provide top class quality recreational provision in the village.

“The message needs to go to residents, they have waited long enough, they were told to wait and have done so, they should not wait any longer.

“There are no Council facilities in the Moy and for a village of that size to have no provision is an indictment on this Council and the legacy Council.

“There is a chance here to rectify that and I support this proposal.”

Council’s head of leisure, Kieran Gordon, told members he had a “brief discussion” with EA about the project earlier in the week.

“They have given us a commitment they will engage with Council in the coming weeks,” he said.

“They are expecting the first draft of the project back from their design team in the next number of weeks.

“At that point they have said they will engage with Council so we might be in a position to bring back an update after we have had that discussion.”