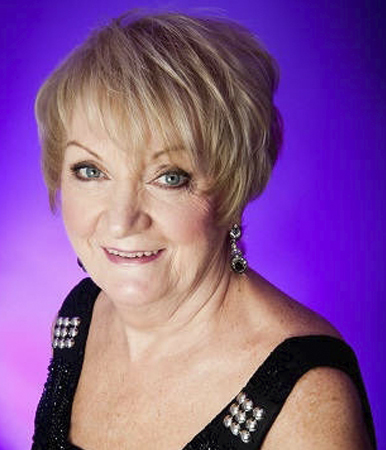 Mid Ulster District Council looks set to award ‘the Queen of Country’ its highest civic award in recognition of her 60 years in show business.

Speaking at the monthly meeting, Sinn Fein group leader Cathal Mallaghan noted Pomeroy native Philomena Begley was listed among those set to receive a civic reception from the council in honour of her life’s work.

However, having initially proposed the country music superstar was given civic recognition by the Council, Cllr Mallaghan said he felt Ms Begley deserved the highest form of recognition Mid Ulster District Council can bestow – a civic honour.

“I want to address one of the nominations for a civic reception – Philomena Begley for her 60 years in show business,” he said.

“I think this particular item should be raised to a civic honour. She turns 80 this year and it is her 60th year in show business, this is probably Mid Ulster’s highest selling artist of all time.

“She has sold over 100,000 albums worldwide, has played in many countries and venues including the Grand Ole Opry, has produced 30 albums and I just think given how she carries herself in these islands and right across the globe, she is deserving of Council’s highest award which is a civic honour.”

Council’s Chair, Councillor Cora Corry said she was happy to second the proposal and told the chamber Ms Begley is a “great ambassador for the Mid Ulster area” and described her career as “unbelievable”.

“To still be on the road at 80 speaks volumes, she is some woman and long may she keep going,” said Council’s Chair.

SDLP group leader, Councillor Malachy Quinn said he was in full support of this proposal and told the chamber how Philomena Begley’s performance at his in-laws wedding was a particular highlight for that side of his family.

“I am glad to see she is getting this award,” he said.

“She played my in-laws’ wedding, she sang at it and it is a big source of pride for them as people from Pomeroy, so she is near and dear to them that is for sure.”

Debate on this issue was rounded out by Cllr Dominic Molloy who said he to was in agreement with the proposal and described Philomena Begley as “a great ambassador for the area”.