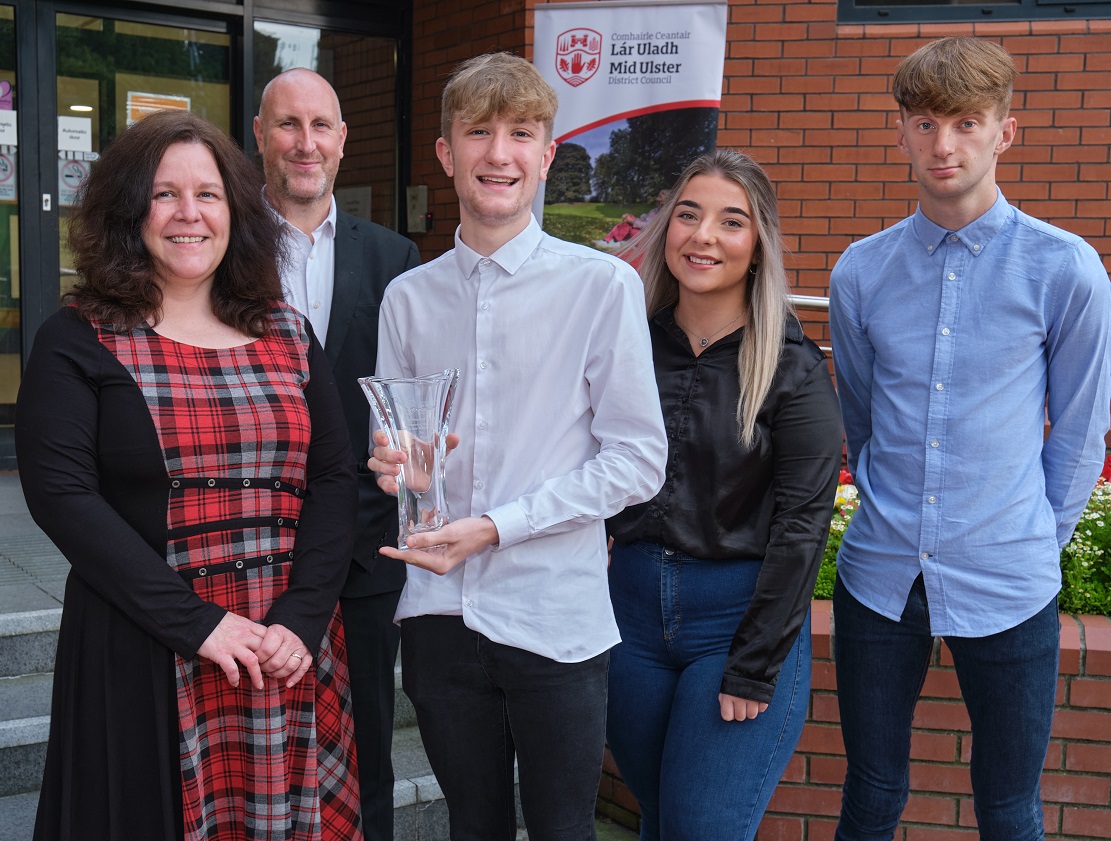 Nick Griggs is pictured with his parents and friends at the civic reception.

A teenage athlete from Newmills in Dungannon was given a civic reception by Mid Ulster District Council this week to mark his outstanding achievements.

Nick Griggs (16) has won an impressive three Irish track titles at under 18 and under 20 levels to date.

In July, he took a gold medal in the men’s 3,000 metres at the European Athletics Under 20 Championships in Estonia.

He has also put in record-breaking performances in the Under 18 Irish Youth and Under 17 British competitions for the 5,000 metres and 300 metres respectively.

In the Irish Juvenile Championships, he is a three-time record-breaker,  smashing both the 3,000 metre and 500 metre times.

Nick told Tyrone I the reception was a “huge surprise”.

“I really enjoyed going along and meeting all the councillors who had put me forward for the civic award,” he said.

Council chairman, Councillor Paul McLean congratulated Nick, saying, “All of this success would be exceptional at the best of times, but to do so at the age of just 16 in Estonia and all before the age of 20 illustrates the extent of your physical strength, talent and potential.

“I congratulate you on your achievements so far, knowing that there are more to come, and wish you well in your lifelong ambition to become an Olympic athlete.” Chair of the council, Councillor Paul McLean pictured with Nick Griggs, his family and councillors who nominated him for the civic recognition

The reception was held in the council offices in Dungannon and was attended by Nick’s mum and dad, Andy and Royanne, friends and nominating councillors Dan Kerr, Kim Ashton, Niamh Doris and Malachy Quinn.

In June, his brother Joshua (19), a talented footballer and member of Brackaville GFC, died in a tragic accident while working on a summer job.

His dad Andy is heavily involved in cross-community work in the area.