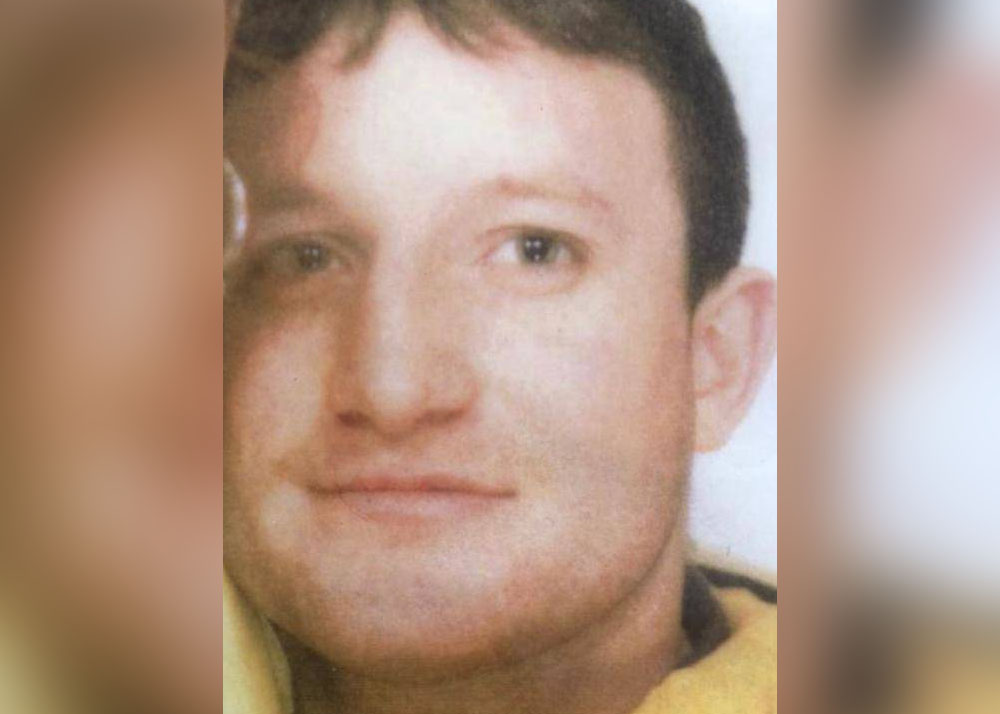 A cold-blooded killer who callously shot a 22-year-old man in the head as he lay wounded on the ground 23 years ago has failed in his appeal against a 20-year-sentence.

Francis Lanigan, 57, was convicted at Belfast Crown Court in May 2020 of shooting 22-year-old John Stephen Knocker (pictured), on the Eglish Road, Dungannon on May 31, 1998.

Lanigan fled the jurisdiction and later spent six years fighting extradition before he was hauled before the courts and subsequently convicted.

On Wednesday, at the Court of Appeal in Belfast, his 2020 conviction and sentencing of 20 years imprisonment was upheld.

Welcoming the result, Detective Superintendent Gareth Talbot, said: “John’s family and friends were able to observe proceedings remotely and I would like to say that my thoughts and those of the investigation team are very much with them at what has been an extremely difficult time.

“John was murdered following an altercation with Francis Lanigan in the carpark of Glengannon hotel in Dungannon.

“As John was fleeing along Eglish Road, Francis Lanigan raised a gun and callously shot him from a distance.

“He fell to the ground wounded and as he lay helpless and vulnerable on the ground Francis Lanigan walked up to him and coldly shot him a second time in the head, killing him.

“John was a young man of 22 when his life was ruthlessly cut short. He had a young son and was awaiting the birth of his second child.

“John and his son were denied the joy of building memories together. He never got to see the birth of his daughter and she will never have the joy of her father walking her down the aisle. Francis Lanigan’s actions have taken so much from his children and his family.

“Although this callous and brutal murder occurred 23 years ago and Francis Lanigan fled the jurisdiction to the Republic of Ireland, officers from the Police Service of Northern Ireland worked tirelessly to bring him back to Northern Ireland to face justice for what he had done.

“He believed he could evade justice – he was wrong.

“I would like to place on record my thanks to the family and friends of John Knocker who have supported the police investigation down through the years and to take this opportunity to thank the investigation team for their efforts and painstaking work which enabled us to bring Francis Lanigan before the courts.”