Caledon woman’s concern over animals being kept in ‘horrific conditions’

'There are parakeets crying and crying. There are cats being kept in a porch. I don't know how long they have been there for' 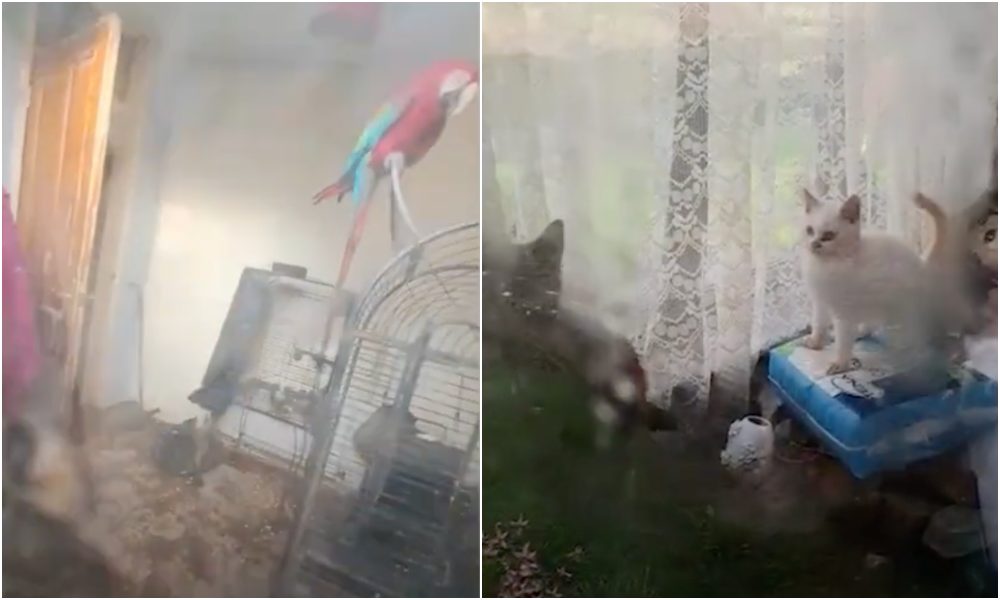 A Caledon woman said she is desperate for the authorities to take action amid concerns over the welfare of animals.

The woman claims a number of cats, dogs and parakeets are being kept in “squalid and distressing” conditions at a neighbour’s house.

She said matters had come to a head in the past five days, and that she had contacted Mid Ulster District Council, animal welfare, the USPCA, police and political representatives in a bid to try and get the animals removed from the property.

She also contacted the landlord but said he had been unable to gain access to the house.

“The situation is dire,” she said. “This lady doesn’t live at the property. It would be impossible to live there, that’s how horrific it is.

“I have been able to go round the back and there are parakeets crying and crying. There are cats being kept in a porch. I don’t know how long they have been there for. The fleas are hopping off the windows and the stench is horrific.

“There is also a dog in the middle of it all. I have been hearing this poor dog barking on and off for a couple or weeks now and the parrots are squawking and squawking. It’s just horrendous. I am completely shocked, to be honest.”

She added: “I have worked in some of the worst places in my job and I’ve never seen conditions like this.

“I wouldn’t be a nosey neighbour but enough is enough.”

She said other neighbours had also expressed concern about  the state of the animals in the past.

“There was a guy came round to do the gardens one time and he took me round to show me the cats,” she said.

“He told her he was going to get animal welfare out if she didn’t sort them out.

“Even living next door, from an environmental point of view, is very worrying.

“The house is saturated in faeces. I just feel nobody is listening, nobody is doing anything to help these animals.”

A spokesperson for Mid Ulster District Council’s Animal Welfare Service said: “The council is aware of the complaint received and an investigation is being undertaken into the animal welfare case.

“Due to the ongoing nature of the investigation and potential legal implications, no further comment can be made at this time.”