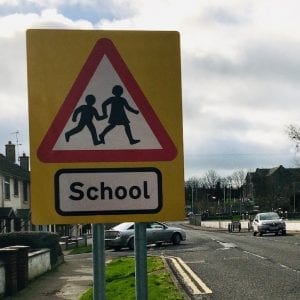 Northern Ireland’s lockdown is to be extended for another four weeks, it has been confirmed.

The official announcement came in a press briefing late this afternoon (Thursday).

In January, the Northern Ireland Executive confirmed restrictions were to be extended until March 5.

That has now been extended again until early April.

At the same time, schools are due to reopen on a “gradual return” for face-to-face teaching from March 8.

Preschool and nursery children will return as well as Primary 1 to 3. Those children who are children of key workers and other key groups can continue to attend school.

For children engaged in completing qualifications, such as GCSE, AS and A Level and other vocational qulifications – Years 12 to 14 – full time face-to-face teaching resumes with effect from March 22.

In order to facilitate their return in line with public health advice and considerations, the pre-school and nursery and P1-3 will then return to remote learning from the week of March 22 until after the Easter Break.

Other students will return to school “as soon as achieveable after Easter” with the option of separate phased returns of P4 to P7 pupils and the remaining non-qualification years of post-primary.

She said they were conscious of the impact of the regulations on everyday life and acknowledged that over the last number of weeks there had been “significant results” in the pushback of Covid-19.

She said too there had been a significant fall in deaths.

But she added: “It’s not about abstrct figures but about saving lives.”

First Minister Foster said the greatest concern at this stage is the prevalence of new variants which “move with alarming speed”, which means when contact increases the rate of infection increases “much swifter than we have seen before”.

She said the decisions had not been straight-forward and they needed to proceed with great care and caution.

“We need our decisions to be both safe and sustainable,” said the First Minister.

Restrictions remain for four more weeks with another full review – the eighth – due to take place on March 18.

She said it was a “pragmatic and sensible approach” but would be kept under continual review.

The First Minister said they wished to leave lockdown in the rearview mirror and avoid the need to return to implementing further restrictions.

It was therefore not possible, she added, to lift restrictions fully at this time.

But First Minister Foster said they were moving to increase the number of people who can meet outdoors to permit up to 10 people from no more than two houses to gather.

Meanwhile, click and colllect services can resume from Monday, March 8 for essential items including electrical and baby goods, but these will be required to be contactless.

The present lockdown, among other things, ordered all close-contact services to be closed from Boxing Day and this included hairdressers and beauty salons.

All non-essential retailers are also currently closed with no click and collect available, unlike during the recent circuit-breaker.

All hospitality businesses are closed except for providing deliveries and takeaway services. In the case of hotels, the lockdown came into effect two days later, on December 28, to accommodate bookings already made. They will remain closed.

And there are currently no car washes and no alcohol sold after 8pm with off-licences closing at that time.

The First Minister said the Pathway to Recovery will be published on March 1.

He said: “I have always sought to be guided by the prevailing public health advice and scientific evidence, while recognising the priority the Executive has placed on education, and all the benefits that brings, not just in the short term, but also for longer term societal and economic benefits.

“Today the Executive has agreed to a phased return focusing, in the first instance, on the early years in pre-school and primary school which are crucial for children’s development.  Those year groups engaged in learning for key qualifications (i.e. years 12 to 14) must also be prioritised in our return planning.

“It is vital that they have every opportunity to acquire the knowledge and skills required for progression to the next stage of education, employment or training.”

Minister Weir said his main objective was a full return of all pupils to school as soon as practicably possible after the Easter break, but this had to be balanced against the public health position.

He said: “The clear feedback from schools, unions, parents and pupils has been that once a decision is taken to return to school, there should be no further periods of wholesale remote learning. However, I recognise that it may be necessary in limited cases.

“All settings will be reminded of the need for stringent adherence to good practice and additional signage will be provided to all schools to encourage people to comply with public health messaging.

“It is likely that schools will require additional resources to manage these different stages of pupils returning and my officials will work to identify what is required, including the use of substitute teachers if needed.”

In relation to the provision of youth services, the Minister said he would bring a further paper to the Executive soon to provide clarity to the service.

Department of Education officials will engage with practitioners and unions over the next week to discuss and prepare for the phased return.