Bank of Ireland to close its branches in Dungannon and Strabane 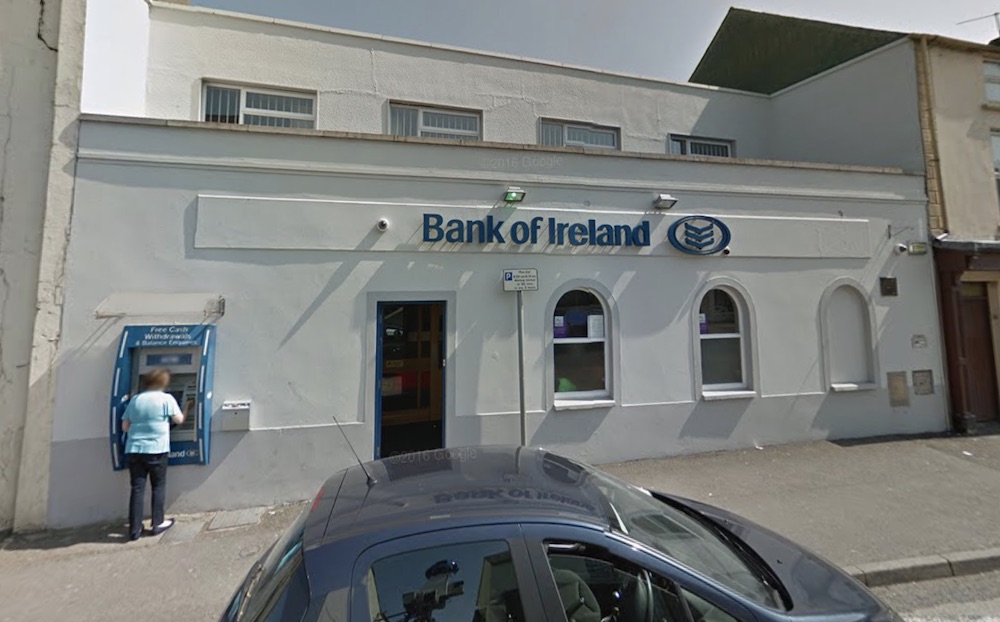 Bank of Ireland has announced it will close branches in Dungannon and Strabane by the end of this year.

Branches in Omagh and Cookstown will remain open, as will one in Magherafelt.

The Bank said it will reduce its branch network by 15 – from 28 to 13 – in a restructure of the business  in describes as a response “to the significant and accelerating changes in how customers are banking today”.

Staff were notified of Bank’s plans on Monday morning. Overall, the closures will affect the roles of about 120 staff across Northern Ireland.

It will be 12 weeks before any of the closures begin and the bank will be contacting customers individually to notify them about the changes.

Alongside this change, the Bank says a £7 million investment programme will be delivered to improve the revised branch network, invest in technology, and enhance customer service.

They have also announced that the Bank of Ireland UK headquarters will relocate from London to Belfast.

Ian McLaughlin, Bank of Ireland UK CEO, commented: “Technology is evolving, and customers are using branches less. COVID-19 has accelerated this changing behaviour, and over the past 12 months we’ve seen a seismic shift towards digital banking.

“Digital banking is growing fast, while branch footfall is dropping sharply. We’ve now reached a tipping point between online and offline banking, and that’s why we’ve announced changes to our branch network. However, our agreement with the Post Office means we continue to protect local access to physical banking for those who want it.

“We know news like this can cause concern for some customers. We’re not making these changes immediately, giving us time to communicate fully with all our customers about every option available to them – online, in an alternative Bank of Ireland branch, or at a local post office.

“Bank of Ireland has been serving the community since 1825 and these changes mean we can continue to play a strong role in Northern Ireland for the years to come.”

The changes announced today are one part of a process that has been underway for more than a decade, but which has been accelerating in recent years. Since 2017 digital usage has increased by 50%, while branch footfall across Bank of Ireland’s network has sharply declined.

In the three years (2017-2019) before the pandemic, the number of people visiting branches had reduced by a quarter.

This decline has accelerated over the past 12 months, with the number of visits to branches now just a half of what they were in 2017.

Footfall at the branches which are closing is down by nearly 70% since 2017.

Increasingly, our customers are using Post Office services, with 52% of counter transactions now being made in Post Office branches.