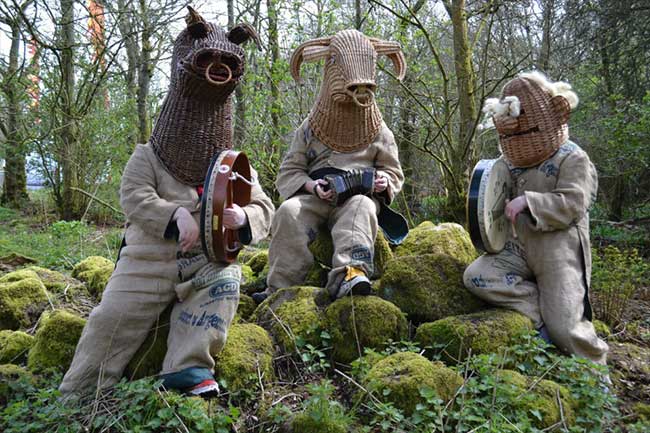 The Armagh Rhymers will host Maypole dancing on the roof top at Aonach Mhacha in association with the Lorraine School of Irish Dancing.

Paul Carville, straw and willow craftsman will live stream the making of a Bábóg na Bealtaine from the conference suite. There will also be a display of dressed Bábóg’s from local schools. The day promises to be a great demonstration of local craft, music, language, dance and culture.

To celebrate our recent collective bargaining agreement with trade union SIPTU, Aonach Mhacha will invite three guest speakers to provide some background and analysis on May Day, the most important day of the year for workers, trade unions, socialists and communists.

Director of SEACHT and Secretary of the Betty Sinclair Branch of the Communist Party of Ireland, Colm Laighneach will join Ard Rúnaí Chultúrlann Aonach Mhacha Gearóid Ó Machail and Industrial Organiser with SIPTU, Niall McNally to a discussion in the Cultúrlann on International Workers Day.

The event will be broadcast live on the Aonach Mhacha Facebook page at 1pm on May 1.